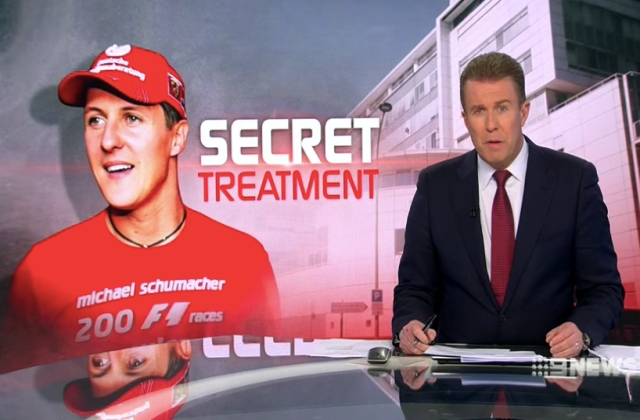 Michael Schumacher turned 51 in January and as he became a year older, his fans are hoping that he is doing fine. Apparently, fans did not stop supporting him even if he not visible since his sustained massive brain injury due to a freak accident while he was skiing in December 2013.

A few weeks after the accident, Schumacher’s family refused to release information about the F1 champ’s health recovery. The family completely shut down the media so fans were deprived of information as to what is going on and any development in Schumi’s health. The secrecy went on for years and up to now, they remained secretive when it comes to the motorsport legend’s condition.

It has been over six years since Micheal Schumacher had an accident and since then, some new treatments were developed. It was reported that the former sportsman tried out one of the latest procedures available today and it is called the stem cell treatment.

The Telegraph reported that Schumi was brought to Paris and admitted at the Georges-Pompidou hospital in September. The procedure was supposedly carried out by cardiovascular surgeon Philippe Menasché and it was said that one of the medical staff attested that Schumacher is conscious after the stem-cell procedure, a treatment dubbed as the “pioneer in cell surgery."

It was said that Michael Schumacher stayed at the hospital for three days and on the last day, he was transported back to his home in Switzerland via ambulance. The question is - did he improved after the treatment?

How is he today?

As per The Daily Mail, even the surgeon who performed the procedure on Michael Schumacher said that he doesn’t perform miracles. It appears he is saying that even though the treatment is considered a breakthrough in the medical field today, it may not work for everyone. With the racer’s condition, he may have developed some kind of complications that could have made his health situation worst and this treatment may have not affected Schumi as it should.

It is believed that Michael Schumacher is still paralyzed and being nursed on his bed. His movements are still limited and If there are improvements, perhaps, he could talk a bit and move some parts of his body like his head.