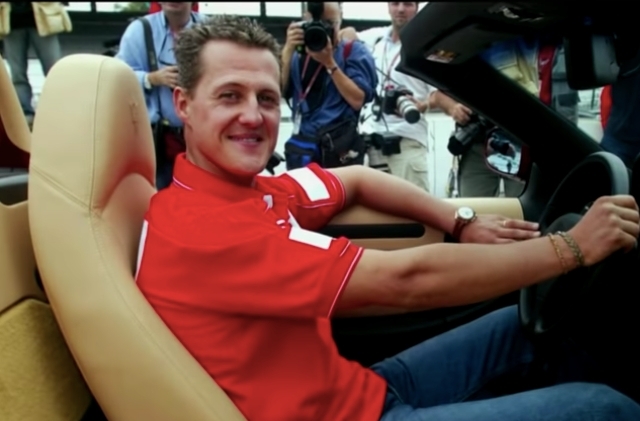 Michael Schumacher was said to have received a stem cell treatment more than two weeks ago, and now he is said to be recovering in his home. The procedure was said to have been carried out at a hospital in Paris, and it was reported by the local newspaper, Le Parisien.

But although this story appeared in the newspaper, it was never confirmed by the Schumacher family. When the media inquired directly at the Georges-Pompidou Hospital, where the treatment was said to have taken place, the admins refused to comment as well as they said it is against their policy for the privacy of their patients.

According to The Telegraph, Michael Schumacher was brought to the medical facility via a helicopter, and he stayed there for just three days. After the procedure, he was transported home to Switzerland via an ambulance.

Based on the report, Dr.Philippe Menasche, the doctor who pioneered the stem cell therapy treatment, was the one who treated Michael Schumacher. As most of his patients have gotten better, the racing champ’s family is also hoping for the best results.

The doctor speaks out about the treatment

Now, after the news of Michael Schumacher’s stem cell surgery was reported all over the world, Dr. Philippe Menasché, finally spoke out to comment on the reports. As per The Daily Mail, the doctor was offended when news outlets labeled Schum’s surgery as “experimental” and clarified that he doesn’t do miracles.

"'With stem cells, I do not perform miracles,” he told the La Republica, an Italian newspaper. "My team and I are not doing an experiment, an abominable term that is not in line with a serious medical view.”

Apparently, even without confirming if Michael Schumacher really received the pioneering cell treatment, Dr. Menasché’s comment is enough to say that the F1 racing champ indeed availed it. However, it is yet to see if this will also work on him.

Michael Schumacher is believed to be bedridden for years now, but probably he can speak, though not clearly, and aware of what is happening around him. He sustained a serious head injury following a skiing accident in 2013.