Michael Schumacher: Lewis Hamilton is catching up and close to surpassing Schumi’s record as all-time best in F1 racing 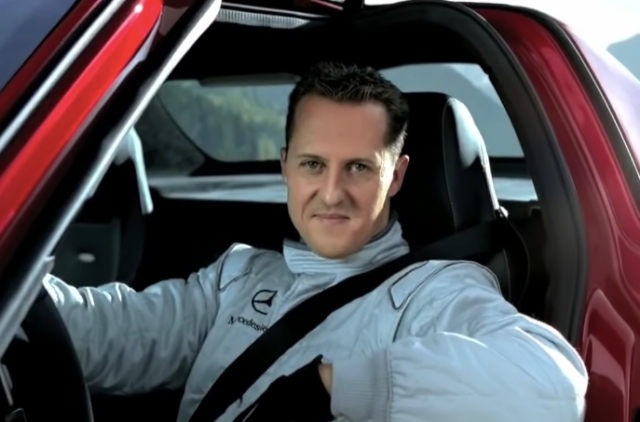 Michael Schumacher has been called the legend in the F1 racing world after winning seven Formula One world championships. He secured his very first win in F1 World Championship in 1994, and it was a controversial victory because the race involved a collision with another contender Damon Hill.

Schumi also became the youngest double world champion after winning nine races the following year. He retired in 2006 and made a comeback in 2010 before ultimately retiring in 2012. In the sport, he has been in the background since his retirement but completely became inactive since sustaining grave injuries in a ski accident that happened on Dec. 29, 2013.

Michael Schumacher is believed to be making very slow recovery after coming out of a coma in 2014. It is not clear if he can already sit up at this time, or he remained fully paralyzed, but the thing is - while not being visible in the racing world, his seven-time F1 world record may soon be surpassed by another talented driver Lewis Hamilton.

According to BBC Sports, former Formula One world champion Jenson Button thinks that his ex-teammate, Hamilton, will soon break Schumacher’s record as a holder of seven F1 titles. After placing second in yesterday’s Grand Prix in the U.S., which is enough to give him another title, he moved up to second place in the listing of racers with the most number of world titles in Formula One.

This means that Hamilton now has six world championship wins, and he is behind Michael Schumacher, who has seven. He took over Juan Manual Fangio, who originally ranked second, and now he is in third place with five wins.

“Still we rise,” UK’s Metro quoted Hamilton as saying. “What an incredible weekend. Thank you so much for today, thank you everybody that came out. I really can’t believe it, Thank you so much.”

Lewis Hamilton is almost there, and with his determination to win more, he will definitely surpass Michael Schumacher, who has always been known as the world’s finest when it comes to the car racing game. It is just unfortunate that he is still in the condition where he can’t even comment when his title is about to be overtaken. But then again, it is good to know that he and his family are not giving up and continuing to find ways so he can recover soon.