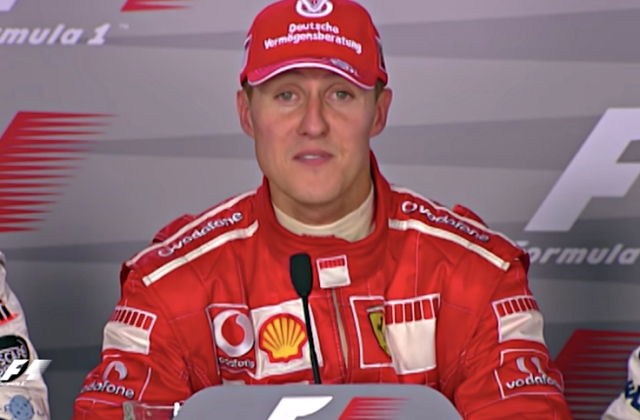 Michael Schumacher is one of the world-renowned car racers but unfortunately, he stopped being active in the racing world since suffering from severe brain injury brought about by skiing accident. He was paralyzed and put into medically induced-coma to save his life in 2013.

Just weeks after Michael Schumacher was hospitalized, his family stopped sharing updates about the progress on his health and this frustrated the fans for they want to know what happened to him. However, his family remained firm with their decision to block the media from reporting about his health condition and this is the case until today.

Then again, it seems that Michael Schumacher’s family has finally decided to open up since he is a public figure after all. Perhaps, they realized that Schumi has many fans who care for him and it is time to reveal the truth. It was revealed that the Schumacher family will open up about the life of the F1 legend through a movie documentary.

Variety reported that the movie is now on the final phase of production and German filmmakers Michael Wech and Hanns-Bruno Kammertöns are serving as its directors. The new Michael Schumacher documentary is set to be released through the upcoming Cannes Festival.

With the confirmation of the movie, it was revealed that Shumi’s family including his wife, Corrina, son, daughter, and father will all talk via interview and those will appear in the racing champ’s film. Updates regarding Schumacher’s road back to health following the tragic fall has been scarce.

They will talk about Michael Schumacher - how he is before and after the accident. It was mentioned that it will also show never-before-seen footage of the family and it is expected to show Shumi’s current condition.

Finally, as per RSVP Live, the documentary simply tilted “Schumacher” will feature Michael’s 50th birthday celebration where he was said to have been flown to Spain by a private helicopter. The movie is set to be released on Dec. 5 in Germany and Switzerland then it will be launch internationally by Netflix or Amazon.