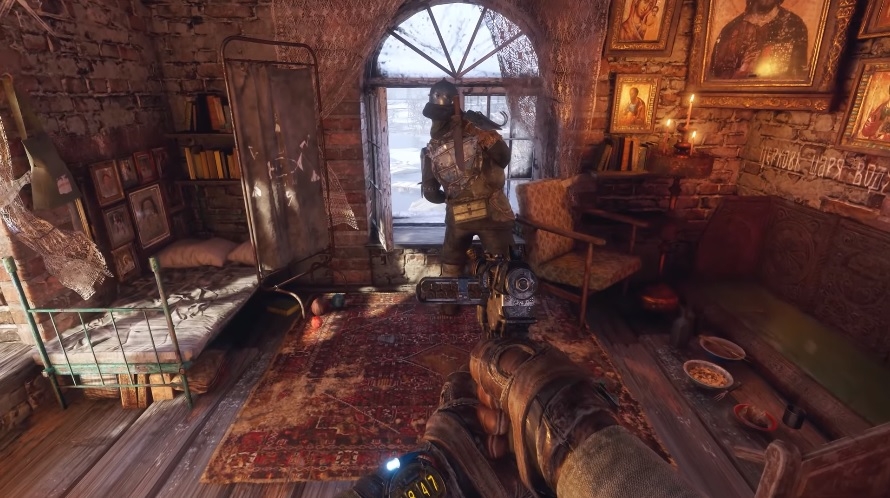 “Metro Exodus” developer 4A Games recently released the “Enhanced Edition” of the game for PC gamers. Now, a follow-up patch is confirmed to have added support for the PS5 DualSense controller’s advanced features, such as haptic feedback and adaptive triggers.

Earlier this year, 4A Games confirmed that it is going to offer free “Metro Exodus” upgrades on PS5, Xbox Series X/S, and PCs with ray tracing abilities. The upgrade for PC, which went live on May 6, was updated by the developer last week and one of the patch notes was the addition of PS5 DualSense controller support.

The ability to use PS5 DualSense for PC games was one of the early features released for the controller. But the “Metro Exodus” May 21 patch makes the game the first title to fully maximize the adaptive triggers and haptic feedback functions offered by the controller.

Twitter user mrdomino_ and VGC’s Andy Robinson confirmed that this function was live in separate videos. In the former’s post, “Metro Exodus,” fans can see how the PS5 DualSense’s right trigger recoils in different ways depending on the weapon the player uses in the PC game. Meanwhile, Robinson said in a report that the adaptive triggers appear to only work when the controller is used through a wired connection.

As mentioned, “Metro Exodus” PC Enhanced Edition is free and can be downloaded through Steam, GOG, Epic Games, and Microsoft Store, depending on where PC fans originally bought the game. The upgrade applies to the base game and its expansions, so it means players also have to buy the expansions to gain access to their enhanced versions.

Console players with PS5 and Xbox Series X/S will have to wait until June 18 for the upgraded version of “Metro Exodus.” Like the PC Enhanced Edition, it will not require any additional cost to players who already purchased the original game.

4A Games confirmed that “Metro Exodus” will play on 4K at 60 FPS on PS5 and Xbox Series X. Due to the technical specs of Xbox Series S, the digital-only console will play the game at 1080p@60 FPS.