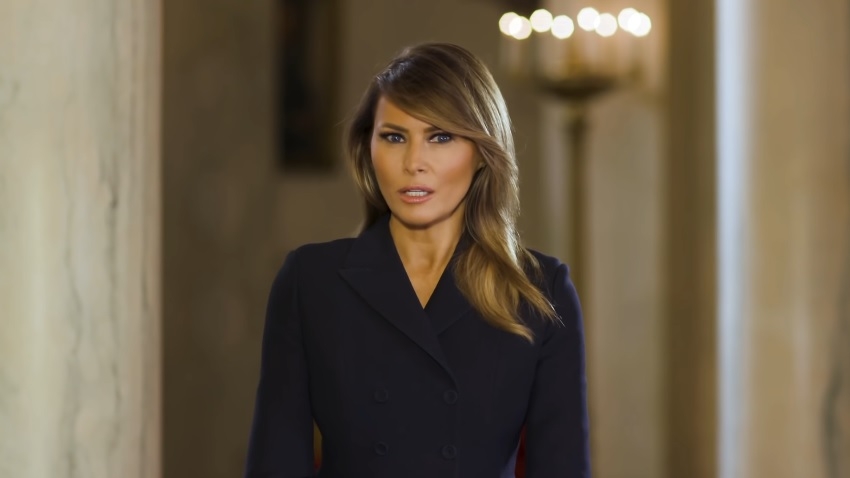 Melania Trump and Donald Trump have both been tweeting about the Black Lives Matter protests over the previous weeks. However, it is not too difficult to see that their tone and the messages they convey are quite distinct. A report emerges, claiming that the first lady’s approach is deemed “frustrating” the West Wing.

The first lady is not entirely silent on the ongoing nationwide protests following the death of George Floyd while in police custody. While Donald Trump has been tweeting about using military forces to quash the protests, Melania Trump has called for “peace and healing” in more than one tweet. And that contrast has allegedly not bode well with the President’s side of the White House.

In several tweets, Melania Trump reiterated that the law recognizes the people’s rights to protest. On May 29, the first lady wrote, “Our country allows for peaceful protests, but there is no reason for violence. ... My deepest condolences to the family of George Floyd. As a nation, let's focus on peace, prayers & healing.” On the same day, Donald Trump’s infamous tweet containing the phrase “when the looting starts, the shooting starts” was hidden by Twitter for “glorifying violence.”

Our country allows for peaceful protests, but there is no reason for violence. I’ve seen our citizens unify & take care of one another through COVID19 & we can’t stop now. My deepest condolences to the family of George Floyd. As a nation, let's focus on peace, prayers & healing.

CNN was told by “a White House official” that the West Wing allegedly views the first lady’s social media approach as not helpful and frustrating. The same report also suggested that aside from Melania Trump’s tweets having a different tone from her husband’s, the timing at which her tweets are published has also been deemed interesting. “There's a feeling of deliberateness to her timing that makes it seem even more disjointed,” another source said.

Church photo op was reportedly planned without mentioning the FLOTUS

It can be recalled that Melania Trump and Donald Trump also responded differently when the CDC started recommending the use of face coverings in public places amid the COVID-19 pandemic. He said, during a press conference in early April, that following it is only voluntary and that he will not be wearing face masks. The first lady, on the other hand, released a photo and a video urging Americans to follow CDC’s advice.

This difference has purportedly run deep into the way West Wing coordinates with the first lady’s East Wing, although such a report has not been confirmed by the White House. As an example, CNN mentioned that Donald Trump’s aides planned his church photo op at the Saint John Paul II National Shrine in Washington, D.C. last week allegedly without even mentioning Melania Trump. However, White House spokesperson Judd Deere said the first couple’s offices are regularly communicating.