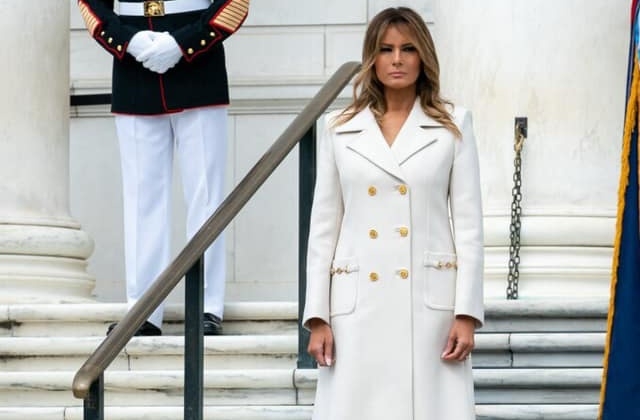 Melania Trump was betrayed by her former friend and her ex-aide at the White House when she released a scathing tell-all book titled “Melania and Me: The Rise and Fall of My Friendship with the First Lady.” In her book, Stephanie Winston Wolkoff disclosed many unsavory details about the FLOTUS, including her alleged unpleasant relationships with Donald Trump’s children, especially Ivanka.

Wolkoff also claimed many other things about Melania Trump and stated that she also has recorded conversations that were the basis of some of her narratives. Apparently, the tell-all book is sort of a “revenge” publication after the former aide was allegedly fired from her post.

The DOJ is running after Wolkoff

Now it was reported that the Department of Justice sued Wolkoff for the book she wrote about Melania Trump. As per CNN News, the DOJ filed a lawsuit this week in Washington district court against the author for breaching a confidentiality agreement she has signed with the government.

The plaintiff stated that Stephanie Winston Wolkoff violated a nondisclosure agreement. It was added that the White House counsel's office or Melania Trump’s chief-of-staff never received a draft of the book and the author never requested an authorization to divulge details of her work as one of the First Lady’s aide.

Her signed agreement banned her from divulging confidential details that she learned while working for the FLOTUS. Moreover, in the suit, the complainant is asking for all the profits from the no. 1 New York Times Bestseller and these will go to the government trust fund.

“The United States seeks to hold Ms. Wolkoff to her contractual and fiduciary obligations and to ensure that she is not unjustly enriched by her breach of the duties she freely assumed when she served as an adviser to the first lady,” part of the statement in the lawsuit reads.

Then again, The New York Times reported that the lawsuit filed by the Justice Department raised questions in the possibility that the president is using the DOJ to settle personal disputes that has nothing to do with the federal government.

The book and White House’s response to its publication

Meanwhile, when Wolkoff’s book about Melania Trump was published last month, the White House refuted the claims by stating it is “full of mistruths and paranoia.” The book is currently still on sale for $16.80 at Amazon.