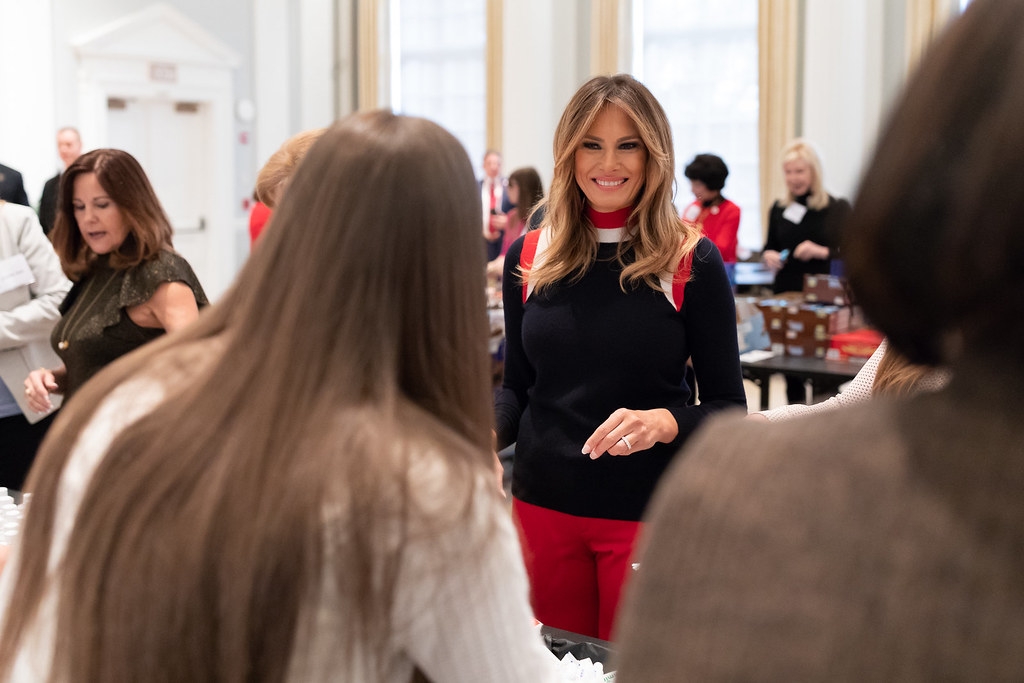 United States First Lady Melania Trump has responded to the alleged non-invite from Vogue editor-in-chief Anna Wintour. FLOTUS claimed she has better things to do than be in a “superficial” magazine cover.

Mrs. Trump's statement came as a response to Wintour's recent CNN interview. The latter's statements were received by many as an indication that the first lady is not being considered to be featured in the cover of the prestigious magazine.

The first lady's official spokesperson, Stephanie Grisham told HuffPost in a statement via email, “To be on the cover of Vogue doesn’t define Mrs. Trump, she’s been there, done that long before she was first lady.” Grisham is referring to the American Vogue's February 2005 issue which Mrs. Trump graced coinciding with her wedding to President Donald Trump.

Mrs. Trump's camp added that, as a first lady, she has other things she could be doing than be on Vogue's cover. “Her role as first lady of the United States and all that she does is much more important than some superficial photo shoot and cover,” said Grisham.

Fans of the high-fashion magazine might have been wondering when would Mrs. Trump be on its cover. Michelle Obama and Hillary Clinton are some of the former first ladies who have both graced the covers of Vogue in the previous years. As Wintour acknowledged on her CNN interview, "We always had a tradition at Vogue to photograph the first ladies when they first came in to office — some extraordinary, wonderful women, and it was an honor to photograph them.”

Wintour never explicitly said in the interview that Mrs. Trump will not be invited for a Vogue cover. However, when CNN’s Christiane Amanpour commented there were visibly more Democratic than Republicans politicians who were profiled by Vogue, Wintour explained, “I think it's very, very important to have a point of view, and we profile women in the magazine that we believe in.”