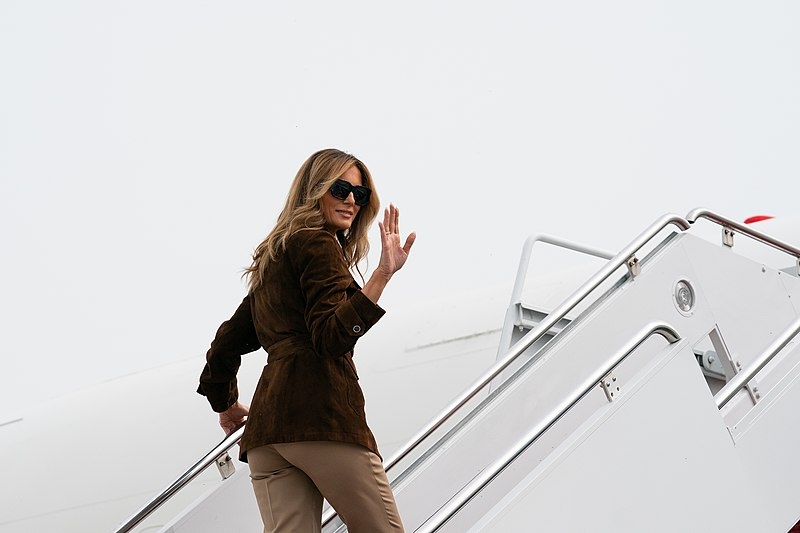 First lady Melania Trump often keeps a low profile when it comes to her husband Donald Trump’s campaigning for reelection, having only made her case for him at the Republican National Convention. With Donald Trump facing off against Joe Biden in the first presidential debate, Melania will also be meeting the former vice president’s wife, former second lady Jill Biden.

This will be the first time Melania and Dr. Biden met face to face this election year as their husbands debate for the first of three presidential debates leading up to the elections in November. Both Melania and Dr. Biden have met in the past, during Donald Trump’s inauguration in 2017 and at the funeral of former President George H.W. Bush in 2018.

Both women have taken drastically different approaches to their husbands’ campaign trail. While Melania only spoke for her husband during the Republican convention, Jill actively traveled and spoke to many on behalf of her husband. Jill was also campaigning for her husband in Michigan before she arrived in Ohio, where the debate was taking place.

Despite the very limited live audience and the heated debate between the candidates and moderator Chris Wallace, both women also managed to stand out with their style. Melania wore a Dolce & Gabbana pinstripe suit, while Jill wore a green silk dress with a fringe detail on the front. Both women were also wearing face masks as they sat in the audience.

Meanwhile, following the publishing of her husband’s tax returns, revealing that Donald Trump only paid $750 in federal income tax in both 2016 and 2017 as well as an incoming $400 million in debt, talk show host Trevor Noah has a theory as to why Melania has not filed for divorce just yet. The host joked that the first lady has not filed for divorce just yet because she does not want to share the debt in a settlement.

The talk show host also noted that the supposed financial strain that the president has seemed to reveal his true intentions for running for office.