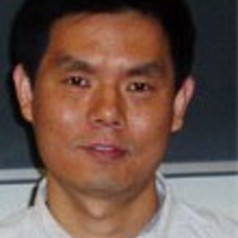 China has 24 million more men than women of marriageable age, putting some bachelors in a tough spot.

In rural areas of China, three decades of sex-selective abortions under the one-child policy, which ended in 2015, have created a severe shortage of women. And with China’s rapid economic development taking place primarily in cities, ever more young women are leaving the impoverished countryside for urban areas in search of jobs and a better life.

Rural Chinese men aren’t the only ones struggling to find mates. Divorced men across China may find themselves involuntary bachelors for a different reason: They cannot afford another wedding. In China, the groom’s family is expected to buy a house for the new couple and give the bride’s family a dowry that averages US$20,000.

And, like women worldwide, Chinese woman are also getting married later.

As a result, ever more Chinese men are looking abroad to find partners. And most, it seems, have their sights set on Vietnam.

The number of international marriages in China is difficult to confirm since some foreign brides are smuggled into the country and therefore not registered with the authorities.

My research shows that Vietnamese women usually get to know their Chinese husbands in one of four ways.

Many cross-cultural relationships begin when Chinese men meet their future wives while working in Vietnam. Vietnam and China share a 1,000-mile, largely unprotected border without major natural barriers. The two countries have forged close economic ties through a free-trade agreement effective since 2010.

Single Chinese men are more likely than their married counterparts to work abroad, according to China’s National Bureau of Statistics. The linguistic, religious and cultural similarities between China and Vietnam tend to facilitate these international relationships.

In some border areas of China, more than 50% of all Chinese-Vietnamese marriages begin with this kind of an international connection. Citizens from border areas of both countries don’t need a passport to cross back and forth.

The men and women who meet this way know each fairly well before they wed. My research finds that their marriages generally fare well.

Not all Chinese-Vietnamese weddings have romantic origins.

In at least 5% of marriages between Chinese men and Vietnamese women, the wives were trafficked into China. These are usually poor girls and women who are lured to China – often by a friend or relative – with an offer of lucrative employment.

There, they are generally first sold into prostitution in big cities. After several months or years of forced sex work, they are sold again – this time to poor, older Chinese men looking for wives. These men often know their brides are trafficking victims, according to a 2014 study.

Other Chinese bachelors use professional marriage brokers to meet Vietnamese women, an illegal but booming industry in China. On average, a broker makes a profit of $4,000 out of each deal, according to the Chinese magazine China Reform.

In Vietnam, where women experience significant social pressure both to marry and to support their families financially, China is seen as a rich country with great professional opportunities. Vietnamese women may advertise with a marriage broker because marrying a Chinese man seems likely to check off all those boxes. South Korea is also seeing a growing share of Vietnamese wives.

Online marriage brokers do not always provide these woman with accurate information about their clients, my research finds.

Vietnamese women are often promised a young, never-married, rich Chinese husband to cajole them into international marriage sight unseen. In China, some will be surprised to learn that their new fiance is poor, older than expected and, commonly, divorced.

Some deceived Vietnamese brides ultimately return home, either before or shortly after getting married in China. In such cases, the man’s marriage brokers will usually help their Chinese clients with divorce for an additional fee – but they generally refuse to refund the man’s money, sometimes spurring lawsuits.

Chinese men looking for wives abroad are vulnerable to a variety of marriage schemes.

Chinese media frequently reports on cases of marriage frauds in which Vietnamese women working with Chinese marriage brokers go to Chinese villages, pretend to fall in love with a local man, marry him and move into his home. Shortly after his family has paid the dowry to the bride – which is about 70% less than the dowry for a Chinese bride — the woman runs away.

China has even seen cases of organized marriage frauds in which dozens of foreign brides arrive to neighboring Chinese villages, then run away simultaneously.

Three Chinese families I interviewed about the marital prospects of their single sons expressed a desire to “get” a Vietnamese woman for their child to marry.

But, they told me, with all the scammers out there: “We don’t dare.”

Despite a view in China that men who marry internationally are “losers” unable to find suitable native partners and that their wives are gold-diggers, about half of the Vietnamese-Chinese couples interviewed reported being happily married.

“I’ve got a wife and a son,” Jingang, a 31-year-old chef from Henan Province who married a Vietnamese woman told me, smiling at the thought of the family waiting for him back home. “What else do I need?”

His wife, for her part, said life in China is better than in her home country.

From one happy Chinese-Vietnamese couple, more international matches are often made. Women introduce their friends and relatives back in Vietnam to other Chinese bachelors – no broker needed.