Malia Obama: Why Michelle and Barack Obama’s daughter was accused of bribery to get into Harvard University 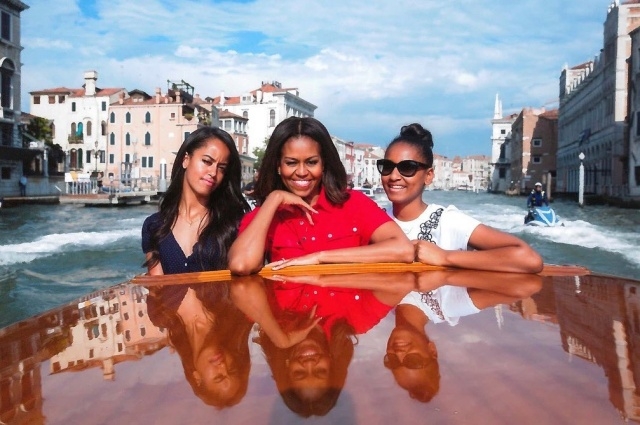 Malia Obama has been figured in many scandalous reports before and last year, she was also in the news after being accused of bribing to get into Harvard University. Now, people have been bringing her name up every time Lori Loughlin’s college admission scandal is mentioned because Michelle and Barack Obama allegedly did the same thing for their eldest daughter.

The reports suggest that Malia Obama is one of those unqualified students who got admitted to an elite school and in her case, to the prestigious Harvard University. This means that people are accusing her of using money to rig entrance exams and bribe school officials to get her in.

In an article that appeared in Globe titled “Malia Obama Humiliated!” it was alleged that she and her mother, former first lady Michelle Obama have asked help from their tennis coach Gordon Ernst. He was their trainer for a long time and he was charged with bribery in 2018 for getting dozens of unqualified students enrolled in top schools by declaring them as members of the tennis team.

Ernst was arrested for taking at least $2.7 million payoffs until 2018. In this case, Malia Obama is said to not qualified as well and did not have the credentials to make it to Harvard but got in anyway and it was assumed that she got help from her coach who was busted for his crime.

“When students learned about a multimillion-dollar ‘unnamed’ donor, we started thinking that it could be Malia,” a source who is allegedly a student at Harvard told Globe. “Malia is mortified about being dragged into the largest scandal in college admissions history. She’s humiliated, to say the least. It’s not like she could defend herself — if she says anything at all, it’ll backfire, and she knows it.

While it is true that Malia Obama, her sister Sasha and her mom Michelle are one of Gordon Ernst’s students, they are not involved with him in the bribery case concerning the college admission scandal. They are not connected with him anymore when he was accused in 2018. Finally, the Washington Examiner reported that in the former tennis coach’s indictment, there is nothing that there that implicates the Obamas to the illegal scheme.