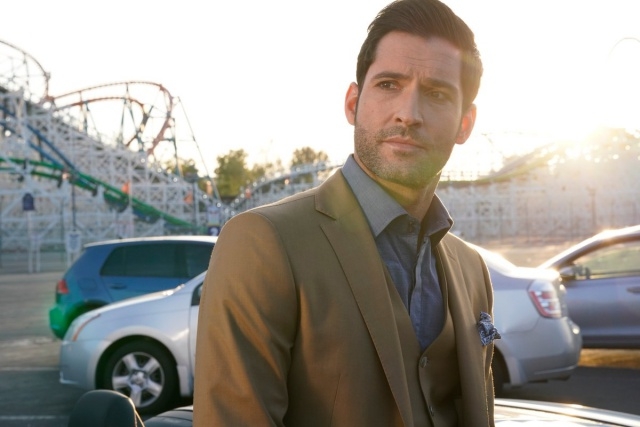 “Lucifer” season 4 has been saved after it was canceled by FOX a few months back. Now, Netflix is preparing for its relaunch so as a teaser, it released a photo for fans to get a glimpse of what is ahead.

The picture serves as “Lucifer” season 4’s first-look and it features Inbar Lavi as Eve and Tom Ellis as Lucifer. As per TV Line, the image shows Eve trying to tempt the devil when he was in his vulnerable state.

As explained in the post, Eve suddenly emerged at a time when Lucifer feels down since Chloe already found out who he really is. “Lucifer is in a very vulnerable moment, emotionally — not that he would ever recognize that — when out of nowhere, Eve turns up,” Tom Ellis told TV Line.

As it turned out, Lucifer was Eve’s first love and she seems to have appeared before the devil again to get him back. “Laying eyes on the original sinner brings back so much for Lucifer, about the man he used to be or the Devil he used to be. She’s never forgotten about him. And she loves him,” the actor went on to explain.

Tom Ellis also previously teased fans during the ACE Comic Con in October. He hinted that there will be partial nudity scenes and fans have gone wild with the sexy detail that the 40-year-old actor had shared.

"So we’ve been careful, we don’t want to change our show too much because that’s the show that people really liked,” Ellis told the audience. “But there were certain restrictions that we had when we were on network television that meant that maybe we couldn’t do as much as we wanted so things like my bum, which I was never allowed to show before, and lots of people want to see it, there may be some bum shots this season.”

In any case, “Lucifer” season 4 has been in production for quite a while now and fans are waiting for the announcement of its release date. So, when is it coming?

Unfortunately, "Lucifer" season 4 has no exact release date yet but it is likely to arrive in the first or second quarter of 2019.