Los Angeles Lakers: Coach Frank Vogel sheds some light what sort of plays the team is currently working on 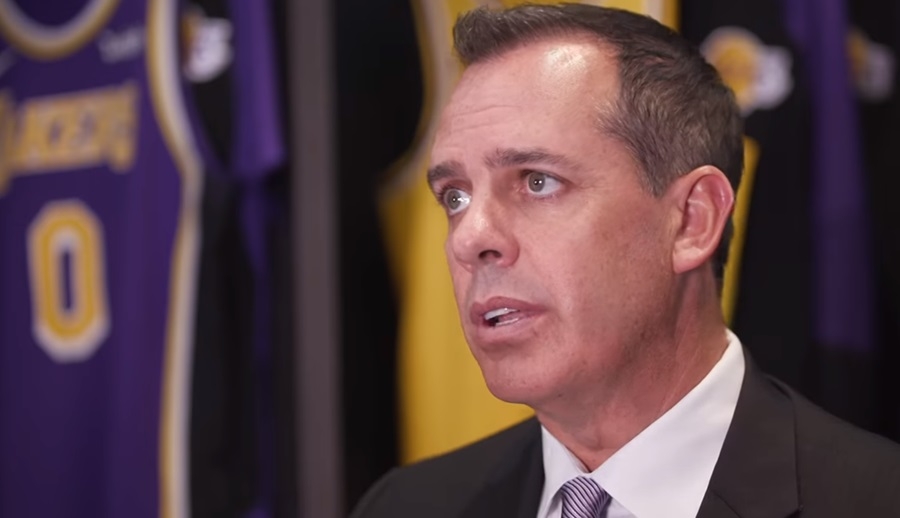 The Los Angeles Lakers have seen a considerable shakeup in its roster after the team campaigned hard to acquire Anthony Davis. Now, LeBron James and his teammates are gearing up for what’s considered one of the most grueling runs in the NBA.

With multiple teams sporting immense talents in their respective rosters, the Los Angeles Lakers’ desire to land their 18th title will be an arduous journey indeed. New head coach Frank Vogel still hasn’t provided any information how he’s going to create plays around James and Davis but did gave some hints how he’s going to lead the team.

“I actually did not disagree with a lot of the things that Luke Walton did stylistically in terms of playing with pace, really attacking the basket and being the one of the leading free throws shooting teams. And they worked hard on the defensive end,” Vogel said. He went on to say that the key for the Lakers will be James’ ability to space the floor, citing plays used by the Raptors that got the team its first championship in franchise history.

To be precise, the combo that Vogel is referring to is the one where Kawhi Leonard is paired with centers who can shoot beyond the arc. Leonard would usually get the ball, drive it to the rim in an attempt to draw defenders, then pass the ball outside if Marc Gasol or Serge Ibaka is open. The Lakers using this play makes a lot of sense given who’ll be involved in it.

James will undoubtedly attract most of the opposing team’s attention, and Davis and DeMarcus Cousins can potentially drain shots on the three-point line. The problem is that Davis and Cousins need to work on their three-point percentage if the Lakers are indeed planning to use this tactic. While Cousins was previously remarkable behind the arc, he has since fallen off after suffering through an Achilles injury.

Davis, on the other hand, still has room for improvement and will undoubtedly drain a lot of shots on the three-point line during practice. It would be interesting to see how the Los Angeles Lakers employ this play, especially with James spearheading it. As for news regarding Andre Iguodala, the team is reportedly keeping an open spot for the 35-year-old as they’re still hoping to land him despite the chances being small.