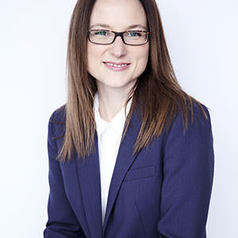 Pursuing criminal charges in cases of alleged domestic abuse without the support of the complainant is essential. But since the sad death of the presenter Caroline Flack, the Crown Prosecution Service has come under attack.

Her management team, friends and the media have challenged the authorities for bringing charges against Flack for common assault because her partner (the complainant) did not wish to support the case. It is important to state that the allegations against Flack – which she denied – were never tested in court. But the case raises important questions about prosecutions which involve domestic abuse and the need for prosecutions to go ahead without the support of the complainant.

Significant developments have taken place seeking to improve the criminal justice system’s response. Much of these efforts have been designed to raise the confidence of victims in the criminal justice system. Specialist domestic violence courts provide a dedicated courtroom where the personnel are trained in domestic abuse and independent domestic violence advocates are present to support the victim by acting as an intermediary between them and agencies like the police and the CPS.

But despite improvements to some of the court rooms, in many cases victims remain unwilling to participate in the trial itself and there are many reasons for this. One key aspect can be the behaviour of the defendant towards the victim prior to the trial. In my own research, conducted with Charlotte Bishop from the University of Exeter, I have drawn upon the body of literature that highlights these issues.

Some researchers have argued against pursuing criminal charges where the victim does not wish to participate. For example, one 2003 study argued that the victim is best placed to determine their own safety and a prosecution can do more harm than good. But abuse is traumatic and one after effect can be the heightened perception of the perpetrator being more powerful than they are. So a successful prosecution could challenge this perception and mean that the threats and promises made by the perpetrator to the victim – in return for their withdrawal from the trial process – are weakened.

The European Court of Human Rights has also impressed upon states the need to criminalise domestic abuse, even where the victim withdraws a complaint, in order to provide sufficient protection against such crimes. There is a difference between compelling a person to testify and continuing the trial process regardless of the victim’s participation. The goal of criminalisation is to reduce abusive behaviour and to demonstrate that society does not tolerate abuse.

This is the reason for “victimless” or evidence-based prosecutions and, should the CPS move away from them, many victims of domestic abuse will be unprotected by the criminal justice system. Such prosecutions are not rare and can be brought when the prosecution has sufficient evidence from other sources to satisfy the Code for Crown Prosecutors which governs their decisions. This allows the prosecutor to consider a wide number of factors including the circumstances in which the harm occurred, the seriousness of the harm, the victim’s perspective and the public interest in the case.

No one factor outweighs any other. But the importance of taking domestic abuse seriously is a significant one. In this sense, gender is important and cannot be overlooked. While domestic abuse does disproportionately affect women as victims, it also happens to men.

Where the code is satisfied, prosecutions should be brought, unless evidence is provided that the defendant’s vulnerability is such that it would no longer be in the public interest.

In another study we looked at the challenges of running victimless prosecutions. We found that rules of evidence involving hearsay and special measures – for example the use of video evidence, screens or live links so the complainant need not face their abuser – can successfully be adopted to secure prosecutions. These rules provide a means of securing some justice to a complainant and a statement that society will not ignore domestic abuse.

But these are not simple issues. Prosecutors need to liaise with domestic abuse agencies when preparing their cases, as some victims may not be ready to address the abuse they face and find that decisions to prosecute further undermine their autonomy.

Since the enactment of the Serious Crime Act 2015, there has been greater discussion and new language available to the public, the police and victims to explain the behaviour used by abusers to subjugate victims to their will. This is why it is vital that prosecutions sometimes go ahead without their support.

Prosecutors are now much more aware of the forms that domestic abuse can take – and it is important that the criminal justice system responds robustly. The Caroline Flack case has shone a light on this section of the law. It could help raise awareness, but it also has the potential to be dangerous. Victims need to know they will be supported and perpetrators need to know that justice is blind.