Lee Min Ho is excited about his comeback; Shares latest update about drama with Kim Go Eun and Woo Do Hwan 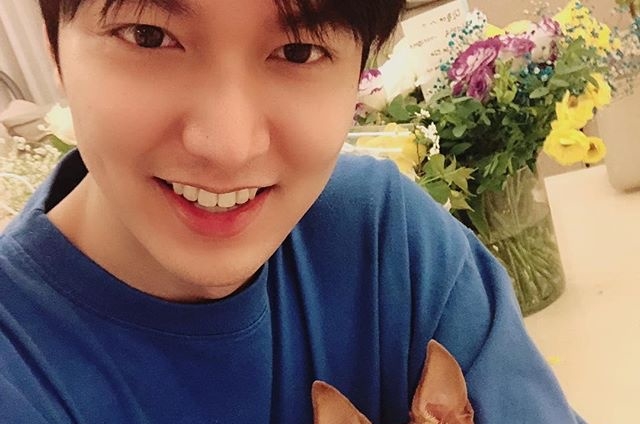 Lee Min Ho is set to make his full return to the spotlight through his reunion drama with Kim Eun Sook, who also wrote “The Heirs.” After being discharged from the army in April, he immediately signed to star in her latest project, and the actor is quite excited about it.

Then again, after the confirmation of the drama in May, Min Ho did not immediately start filming for the drama titled “The King: The Eternal Monarch.” Besides, he was the only confirmed actor when the new drama was announced, so there is not much to do at that time.

Prior to the start of filming for “The King: The Eternal Monarch,” Lee Min Ho went on vacation in Spain, and this was followed by a series of photoshoots and modeling works overseas. By this time, it was confirmed that he would be starring opposite Kim Go Eun and later, Woo Do Hwan was also confirmed.

The actor also went back to social media and updates his fans about his activities from time to time. He also made his first-ever live video on Instagram, and fans were thrilled as much as himself.

During the live broadcast, Lee Min Ho told his fans that they would start filming soon, as per Soompi. He said that they already have the script and it is possible that the shoot will commence any time now.

“Actually, the script is out already,” Soompi quoted him as saying in the live stream video. “We’re going to start filming soon, the earliest we may begin filming is in September.”

And this is not all, the actor further revealed that “The King: The Eternal Monarch” will be released on March 2020. He promised his fans that he will work hard to give them the best drama so they should wait for it.

Lee Min Ho and Kim Go Eun’s upcoming drama is about two worlds where the king discovered that there is a there that can take them to the future or modern world. This emperor played by Min Ho will seek help from the modern-day detectives so they can seal the door before it causes trouble to both worlds.