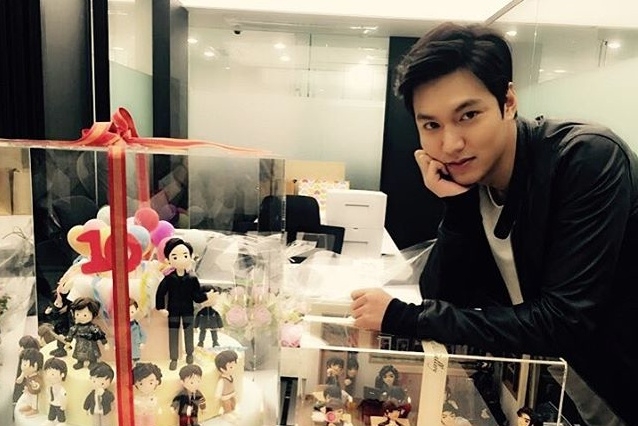 Lee Min Ho is starring in writer Kim Eun Sook’s latest work, “The King: The Eternal Monarch.” this will be the actor’s comeback drama after being discharged from the army in April.

Since the project was revealed in four months ago, the information about it is scarce, but now that the filming date is getting closer, more details are emerging since the pre-production preparations are almost done. As of now, few of the things that were already revealed include Lee Min Ho’s leading lady who was confirmed to be “Cheese in the Trap” star Kim Go Eun.

After Go Eun was revealed to have joined Lee Min Ho in “The King: The Eternal Monarch,” Woo Do Hwan was reported to have been cast as one of the leads as well. He will play two characters since the story is set in two parallel worlds. His first characters is a person in the modern world, while the other is from the old times where he serves as the Korean emperor Lee Gon’s (Lee Min-Ho) bodyguard.

Kim Kyung Nam and Jung Eun Chae were also added in the cast lineup for Lee Min Ho’s comeback drama. So far, they are the confirmed actors for “The King: The Eternal Monarch” that will be directed by Baek Sang Hoon who also helmed the worldwide hit drama “Descendants of the Sun.“

Drama to air on SBS

According to Xports News, the drama will premiere on SBS broadcasting network next year. This info was announced by Hwa&Dam Pictures and Studio Dragon on Aug. 12.

“In contrast to existing TV companies that invest a part of the production cost to make dramas, Studio Dragon plans to sell the broadcasting rights to platform such as broadcasters and OTT,” Studio Dragon stated with regards to its selection of the network. "We will maximize the business performance by selecting the optimal platform for each content without being tied to the internal distribution channel according to the open platform policy."

Meanwhile, Lee Min Ho and the cast will be filming soon, and the first script reading is expected to be scheduled one of these days. The drama will be fantasy-romance that will surely be loved by the viewers.