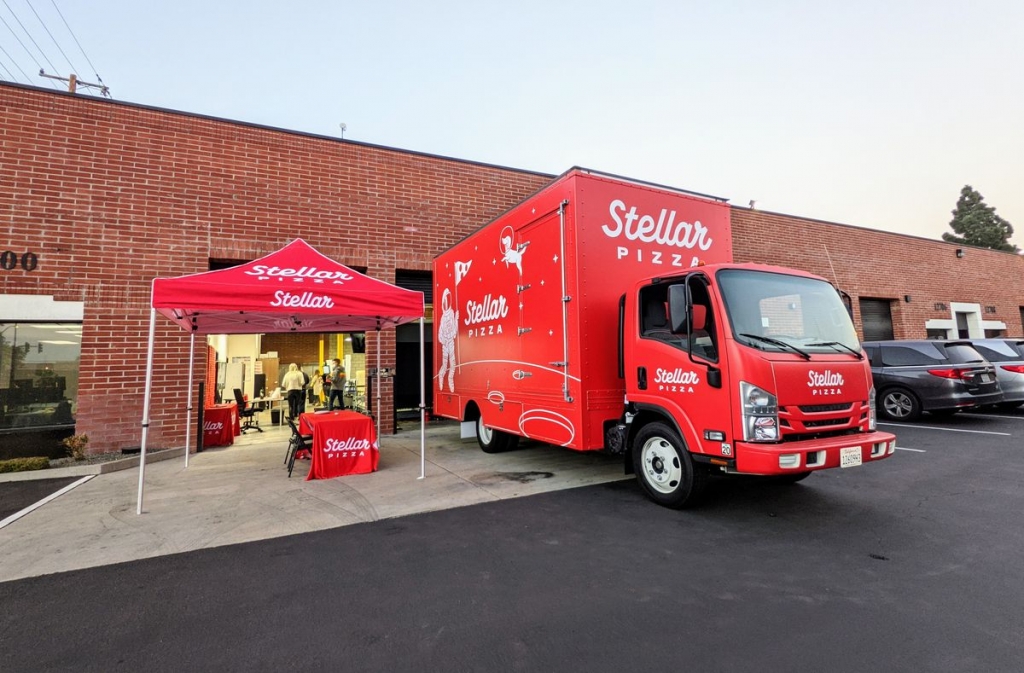 The automated restaurant on wheels prepares and bakes gourmet pizzas from scratch in under five minutes while en route to its destination.

Former SpaceX employees led by Brandon Tsai have developed a robot on wheels that can produce 100 pizzas an hour.

The robot is now being used at Stellar Pizza, a cutting-edge, mobile pizza restaurant.

The founder of Stellar Pizza, Brandon Tsai, along with 23 other former SpaceX employees, developed the robot.

The pizzas are expected to be available in Los Angeles early next year.

The automated restaurant on wheels prepares and bakes gourmet pizzas from scratch in under five minutes while en route to its destination.

Tsai, who left SpaceX in 2019, wanted to solve foodservice delivery challenges like the high operating costs of a brick-and-mortar restaurant and high commission fees.

With the Stellar Pizza truck, Tsai said they eliminate costs for real estate and labor while offering a higher quality product.

As a bonus in a post-pandemic, no one touches the food except the one consuming it.

Making gourmet pizza that tasted great through automation was also a challenge.

Stellar Pizza products will roll out several trucks next year that will receive orders through the company's custom mobile app.

The company’s ultimate mission is to cook various foods while on the move.

Tsai noted that they could build other types of machines that produce other foods but just started with pizza because it is such a beloved food item.