Katie Holmes Wants to Send BF Jamie Foxx to Psychiatrist Due to His Cheating? Claim Debunked 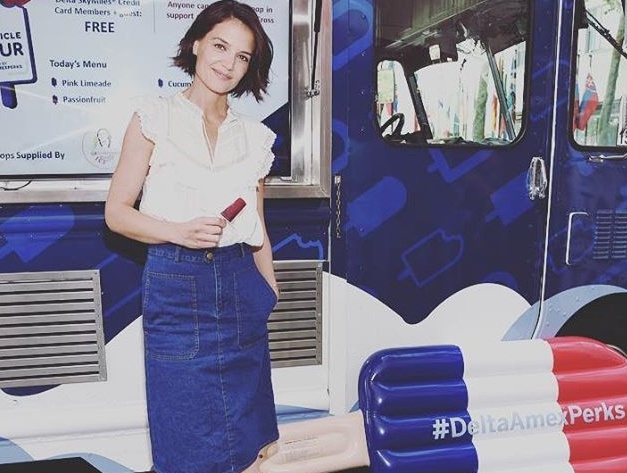 Katie Holmes and Jamie Foxx are always in the headlines, but unfortunately, it's almost always due to negative claims. Many tabloids have insisted they were breaking up due to the latter’s alleged heavy cheating, but they are still together, apparently.

In fact, in June, Radar Online reported that Katie Holmes and Jamie Foxx called it quits after dating for five years. It was alleged that they were about to get married but the former “Dawson’s Creek” star suddenly got cold feet because she could not tolerate his cheating anymore.

The pair was supposed to get married in Paris but was called off, according to rumors. An insider supposedly told the publication, “Katie just couldn’t get over her trust issues. Katie’s called the whole thing off! She’s devastated.”

Moreover, prior to this report, Jamie Foxx constantly appeared in tabloids with headlines saying that he was spotted with other women. But despite this, he and Katie Holmes remained together.

Now, a report from National Enquirer (via Gossip Cop) stated that Tom Cruise’s ex-wife wants to send her boyfriend Jamie Foxx to a psychiatrist. She supposedly wants to do this in order to treat him for his alleged “cheating” ways.

A source supposedly told the tabloid, “Katie is determined to fix Jamie’s straying ways by getting a psychiatrist to figure out why he needs to be a serial cheater.”

Gossip Cop is debunking this claim and it can prove that it is 100 percent false. Reading the tipster’s statements, it concluded that he or she is fictitious and nonexistent. Plus, it pointed out that Jamie Foxx does not cheat and there is no evidence to prove he does.

Clearly, Jamie Foxx and Katie Holmes are still together and they are doing better despite the rumors. The couple is not showy when it comes to their relationship but they are definitely going stronger with each passing year.