Katie Holmes, Tom Cruise: Inside their massive $3 million wedding that ended up in divorce and Tom’s estrangement from Suri Cruise 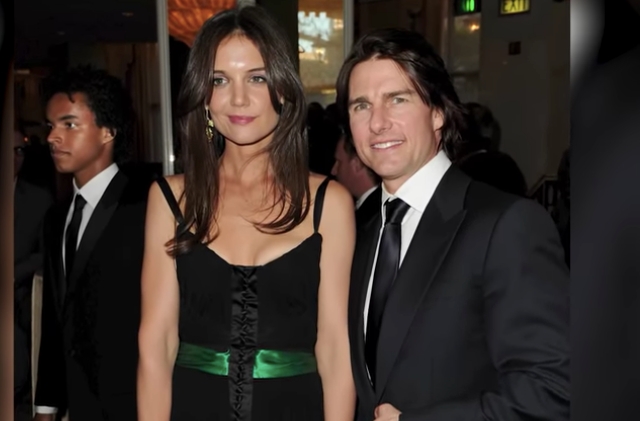 Katie Holmes and Tom Cruise had been married for six years before calling it quits in 2012. At the time of their separation, their daughter Suri Cruise was only six years old.

It can be recalled that prior to their wedding, the “Top Gun” actor famously jumped on the couch during his live interview on “Oprah Winfrey’s Show” and repeatedly declared that he loves Katie Holmes. The next thing that happened was they got married in November 2006.

The grand scale of the couple’s wedding

Katie Holmes and Tom Cruise reportedly spent $3 million for their extravagant wedding that took place in the 15th-century Odescalchi Castle in Bracciano, Italy. It is a given that the occasion was star-studded and in their guest list includes the most popular names at that time like J.Lo, Will and Jada Pinkett-Smith and more.

The venue alone that was mentioned above already costs a lot to rent and the activities on the celebration added up to the tag price. They exchanged platinum platinum-and-diamond Cartier Dia Eternity wedding bands and at the reception, the menu consists of sea bass with artichokes, risotto and parmesan-crusted fillet.

People reported that there were also around 300 bottles of red Barbaresco wine and champagne. The guests were serenaded by Italian tenor Andrea Bocelli and love song pieces such as “Occhi di fata” and “La Serenata” were sung.

What’s more, Katie Holmes and Tom Cruise’s wedding cake was a beautiful five-tiered white chocolate mousse creation that was decorated with marzipan roses. After the dinner, the bride and groom and their guests moved to a courtyard where amazing fireworks display lit up the sky while classical music plays in the background.

It was added that the lighting effects were also splendid and it blew the guests’ minds away. For the finale, everyone moved again to another hall in the castle and it was tastefully decorated with the sexy black-and-white nightclub theme.

In 2012, Katie Holmes filed for divorce and they split without much nasty back and forth like the other expensive divorces in Hollywood. They settled immediately and Suri Cruise stayed with her mother. Up to now, she is with her and it was reported that since her parents split, she has yet to see her dad Tom Cruise again.