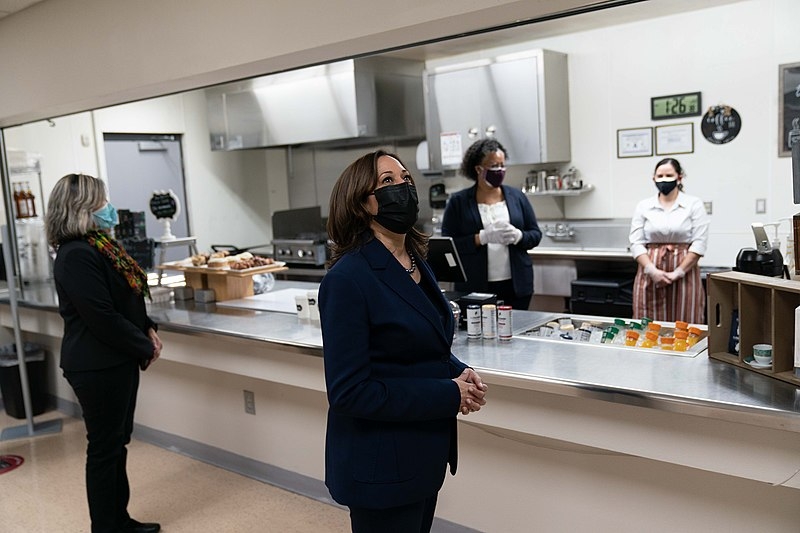 The Biden administration is facing a crisis due to a record number of migrants looking to enter the US since the inauguration. With Vice President Kamala Harris leading the efforts to stem migration, Harris will finally visit the southern border.

Harris will head down to the southern border this week Friday as part of the administration’s efforts to stem migration and look into the root causes. Since getting appointed, Harris has largely taken the diplomatic approach but faced criticism from Republicans and some Democrats as to why she has not visited the border. This has led to constant questions as to whether she plans to visit the border and assess the situation.

Coincidentally, the visit was announced not long after former President Donald Trump announced that he would be traveling to Texas to visit the border as well. This comes as the US is facing the highest number of migrants in 20 years. An investigation by the BBC found that migrant children in a detention center in El Paso, Texas, were subject to COVID-19 and lice outbreaks, being served undercooked meals, their tents getting affected by the sandstorm, and even sexual abuse.

White House officials revealed that Harris would be traveling to the border at El Paso along with Homeland Security Chief Alejandro Mayorkas. White House Press Secretary Jen Psaki said that Harris’ visit to the border was not due to giving in to political pressure, but rather the administration found that it was now the right time to make the trip. Trump took credit for Harris’s upcoming visit ahead of his own.

Previously, Harris is also set to appear at the upcoming Pride Month Celebration fundraiser on June 30. The fundraiser is for the Democratic National Committee, as it looks to shore up funds in preparation for the 2022 elections. Andra Day, Billy Porter, Kristin Chenoweth, and Melissa Etheridge would be giving performances at the event.

Aside from Harris, George Takei, Matt Bomer, Colman Domingo, Andy Cohen, and Whoopi Goldberg would be appearing at the event as well. Tickets start at $50, and those who pitch in $20,000 to $40,000 will get either a co-host or host designation and access to the clutch.