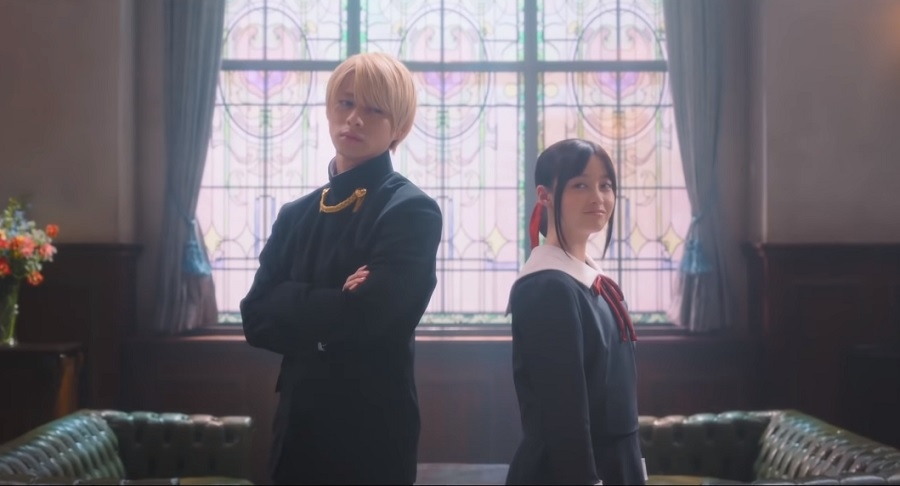 The epic battle of wits for love between Kaguya Shinomiya and Miyuki Shirogane now have more chances of continuing in the form of anime following the success of its live-action movie counterpart. The making of “Kaguya-Sama: Love is War” season 2 could be more possible now that the fans once again showed support for the franchise.

While there is still no news about the release of “Kaguya-Sama: Love is War” season 2, more contents based on the series are being made. On the first weekend of the month, the same title live-action film premiere in Japan and topped the country’s box office.

The movie reportedly sold around 360,000 tickets from Sept. 6-8 with estimated sales of 460 million yen or around $4.28 million. It was enough to make the “Kaguya-Sama: Love is War” movie the no. 1 best-selling movie that weekend. It surpassed equally popular films such as “Weathering with You” and “One Piece: Stampede” and expected to reach up to $18 million in box office for weeks to come.

The first season had 12 episodes and premiered in January, and it proved to be successful in and out of Japan. Aside from local broadcast, the anime has also been streaming for international fans through various channels such as Aniplex US, Hulu, and Crunchyroll. The manga is also still active and having new chapters regularly. These things mean that there is possibly enough demand in Japan and other regions for “Kaguya-Sama: Love is War” season 2.

The manga also still has so many contents yet to be adapted to the small screen. Hoping for “Kaguya-Sama: Love is War” season 2 to be produced is not far-fetched. But if fans are looking forward to an official announcement, it makes more sense to expect it once the live-action movie is off the big screen.