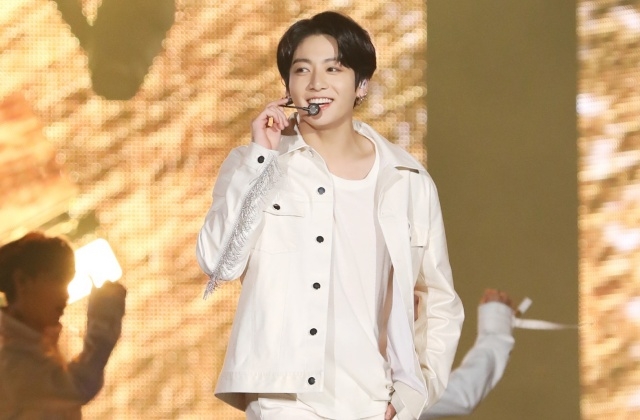 Jungkook proved once again that he is one of the hottest celebrities today not just in South Korea but around the world. Just this week, he appeared on the news for two achievements in the international scene.

Jungkook’s playlist on Spotify just gained 1 million followers. The BTS member personally put together tracks under the banner “Jungkook’s Favorite Tracks,” and this week, it was revealed that he became the first and only Korean solo playlist to gain a million followers.

Allkpop also noted that this also made Jungkook the most followed among the BTS members’ playlists on the Swedish audio streaming and media services provider’s platform. Over-all, Jungkook is the third in the top Korean playlists as BTS is the first with more than 4 million followers and Blackpink took the second place with 1.36 million followers.

Jungkook’s recognition in the international scene

Aside from the achievement on Spotify, it was reported that Jungkook was also voted in this year’s Sexiest Man Alive poll (international edition). The poll was organized by People magazine and it posted the results on Nov. 18.

In the Sexiest International Man category of the 2020 Sexiest Man Alive: Readers’ Choice Poll, the youngest BTS member has won the title. This is one of the magazine’s popular polls that is being held every year and the 23-year-old idol singer is the only South Korean celebrity who made it to the list, at least in the top 20.

“We may not have had the Olympics this year, but the international competition was fierce among Jungkook (South Korea), Dan Levy (Canada) Keith Urban (Australia), Matthew Rhys (Wales) and Paul Mescal (Ireland) - with the BTS star taking home the win,” the caption reads in the photo collage that shows the candidates.

The other stars who were listed in the 2020 Sexiest Men Alive include Brad Pitt, the sexy Emeritus; Prince Harry, the sexiest Royal; Liam, Chris and Luke Hemsworth, the sexiest brothers; Patrick Mahomes, the sexiest sports guy; Ryan Reynolds, the sexiest happily-settled guy; Shawn Mendes, the sexiest content in quarantine, and lastly, Jensen Ackles and Armie Hammer.

Meanwhile, Jungkook is set to make a comeback along with the other BTS members this month. They will be releasing their newest album titled “BE” today featuring the title track “Life Goes On.”