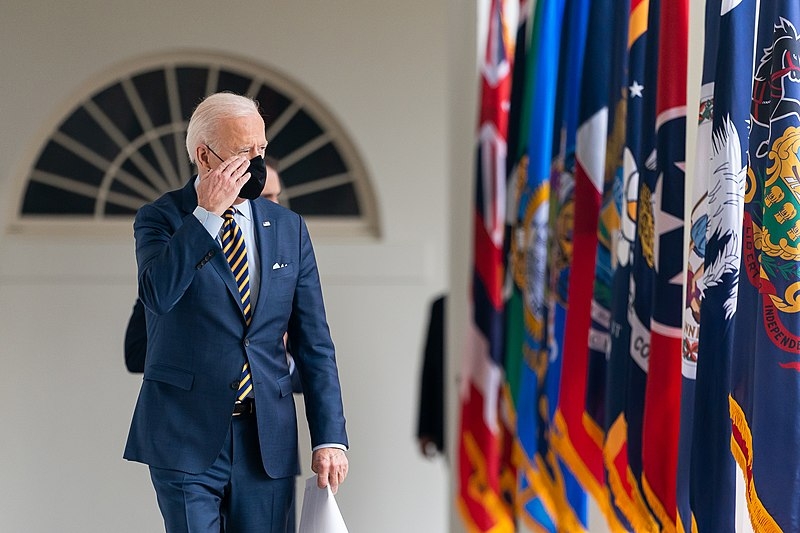 To this day, twice-impeached former President Donald Trump has refused to back down from his conspiracy theories about the 2020 elections that led to the Capitol insurrection. Democrats have now urged Joe Biden to take a more aggressive stance in calling out his immediate predecessor.

Democratic strategists have grown increasingly desperate for Biden to aggressively call out Trump and his repeated peddling of false election claims, according to Francesca Chambers of the Tacoma News Tribune. The outlet noted that the US leader has largely steered away from mentioning his immediate predecessor even when he has criticized others who have tried to sow doubt into the country’s electoral process and while pushing for voting rights.

“Some Democrats agree with Biden’s posture, arguing that he should not provide oxygen to Trump and his baseless claims of election fraud when he is no longer in power. But others in the party say Biden should be more focused on combating efforts they see as undermining democracy, especially as Trump ramps up his political activity ahead of the 2022 and 2024 elections,” wrote Chambers.

This follows the disgraced former president’s statement, making another attempt to whitewash the insurrection of January 6 that culminated from his refusal to accept his election loss to Biden. Trump said that the real insurrection happened on November 3, the date of the 2020 elections. The former president was impeached for the second time for inciting the riots in January that killed five people and injured dozens more out of desperation to stay in power.

While Biden has called out the Big Lie peddled by the former president and his allies every now and then, Democrats are urging Biden to take a more aggressive stance. So far, according to the report, Biden has indicated a willingness to vigorously counter Trump in recent weeks. The report cited Biden’s block to Trump’s executive privilege claims in the investigation by the House Committee on the Capitol insurrection as an example.

In other news, Biden has issued a new executive order Monday lifting travel restrictions and imposing vaccine requirements for foreign nationals flying into the US, according to Reuters. The order would come into effect on November 8.

Biden is also lifting travel restrictions that were set in early 2020 that banned non-US citizens from traveling to the country from places such as China, India, South Africa, Brazil, and most of Europe. This will also come into effect on November 8.