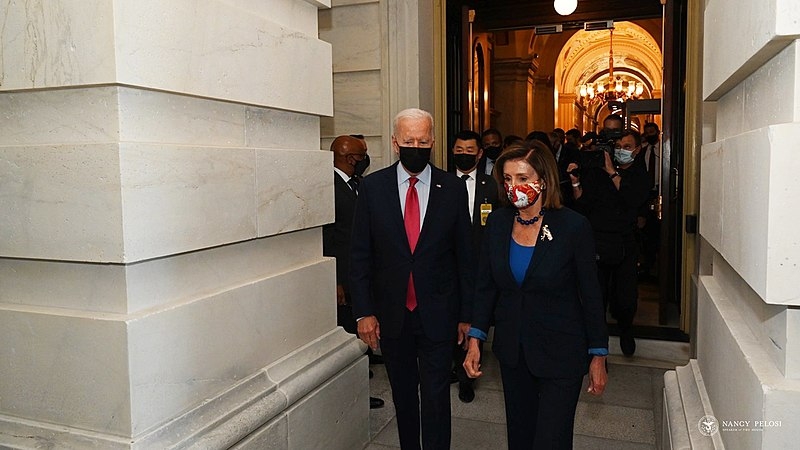 Two so-called centrist Democratic Senators have shown to be the only ones standing in the way of Congress’s passage of the bills that make up US President Joe Biden’s agenda. “Last Week Tonight” host John Oliver recently ripped into Senators Joe Manchin and Kyrsten Sinema over their obstruction of the $3.5 trillion social infrastructure bill.

In Sunday’s episode of the show, Oliver blasted Manchin and Sinema over their opposition to the $3.5 trillion bills that most of their Democratic colleagues are looking to pass in an evenly divided Senate. Both Manchin and Sinema have opposed the bill, also known as the Build Back Better Act, for its price tag even if the $3.5 trillion would be spaced out over ten years. Their concerns about the proposal’s price tag have frustrated their colleagues.

Oliver cited the benefits of the proposal and reiterated the importance of its passage. The host then zeroed in on Manchin, the West Virginia Democrat, and showed footage of Manchin’s constituents approaching the senator’s yacht and asking him what he plans to do about poverty, to which Manchin said it was a priority.

When it came to Sinema, Oliver called out the Arizona lawmaker for her response to a reporter who pressed her about what she would say to the progressive Democrats who have expressed frustration on where she was. Sinema replied that she was in the Senate, and when pressed again, Sinema said she was in front of the elevator.

“Look, this bill could benefit people’s lives and if you are blocking it, you owe people more than vague platitudes shouted from the back of the boat and a cutesy ‘I’m in the Senate’ comment because if these two keep these s*** up, their window for saying ‘I’m in the Senate’ may rapidly be closing,” said Oliver.

Biden has also appeared to show frustration towards members of Congress, particularly the Republicans most recently, for refusing to raise the debt limit. Republicans have opposed raising the debt limit, citing that the Democratic Party, which holds the majority, can do it on its own. However, Republicans in the Senate have also blocked their efforts in doing so.

Biden called out the GOP and accused them of hypocrisy, noting that they added $8 trillion in debt under his predecessor Donald Trump and later refusing to pay the already-approved tax breaks and the spending. The US leader added that the GOP rejected the request by the White House to forego the filibuster to allow Democrats in the Senate to pass the legislation with a simple majority vote.