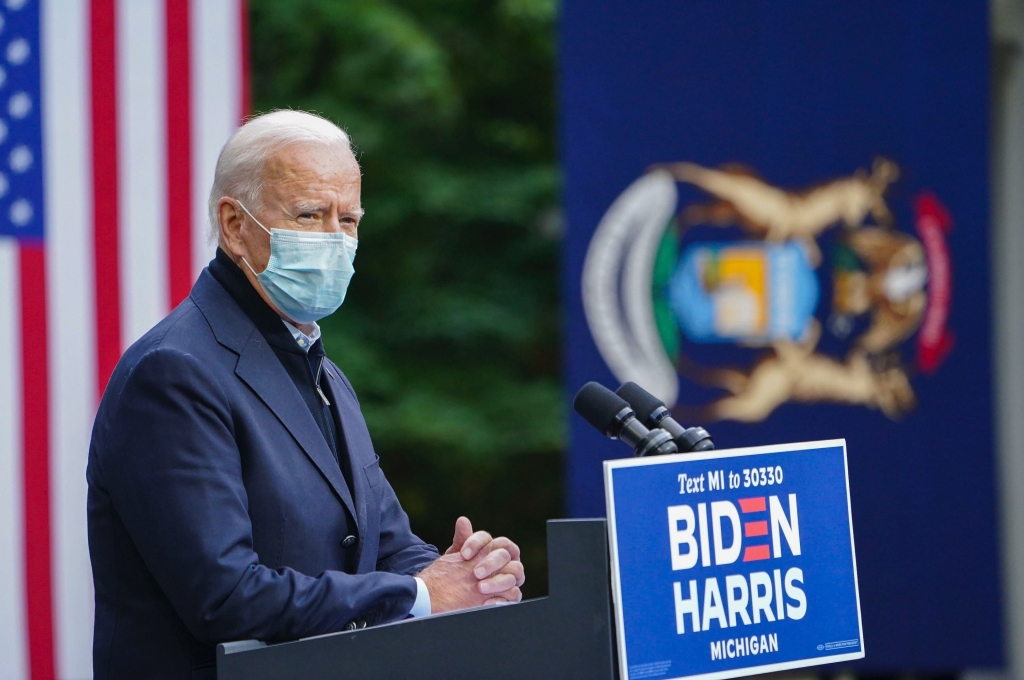 Following the news of Donald Trump testing positive for COVID-19 last week, former vice president Joe Biden and his campaign have become extra careful as campaigning efforts have ramped up. With less than a month to go until the November elections, Biden will continue his in-person campaigns while getting frequently tested for coronavirus.

The Democratic presidential nominee tested negative shortly after news of Trump’s diagnosis along with first lady Melania Trump and several of his close aides and returned to his campaign trail to secure more votes in his favor. People knowledgeable in the matter revealed that Biden will frequently get tested for COVID-19 while continuing his campaigning. The former vice president will reportedly get a test every time he travels. The Biden campaign has also announced that they will always reveal the results of the rest.

“We have adhered to strict and extensive safety practices recommended by public health experts and doctors in all of our campaigning -- including social distancing, mask-wearing, and additional safeguards. Vice President Biden is being tested regularly, and we will be releasing the results of each test,” said Biden campaign spokesperson Andrew Bates.

Back in September, deputy campaign manager Kate Bedingfield revealed that Biden is getting tested for COVID-19 weekly, but the testing is increased as his travels have also increased. The former vice president got tested for COVID-19 hours after Trump’s diagnosis and days after he and Trump had their first presidential debate. While the Trump campaign nor the White House contacted Biden and his team about possible exposure, a Biden campaign aide stated that there was not much risk as neither Trump nor Biden was near each other. The same goes for their respective teams.

Meanwhile, on the entertainment front, Saturday Night Live premiered its new season over the weekend. The premiere, hosted by Chris Rock, opened with the presidential debate between Trump and Biden. Alec Baldwin reprises his portrayal of Trump, while Jim Carrey showed his portrayal of the former vice president. Beck Bennett portrayed the debate’s moderator Chris Wallace, while Maya Rudolph returned to reprise her role as California Senator Kamala Harris. Baldwin’s Trump called the pandemic a hoax while saying that the statement may come back to haunt him, foreshadowing the diagnosis the president received.