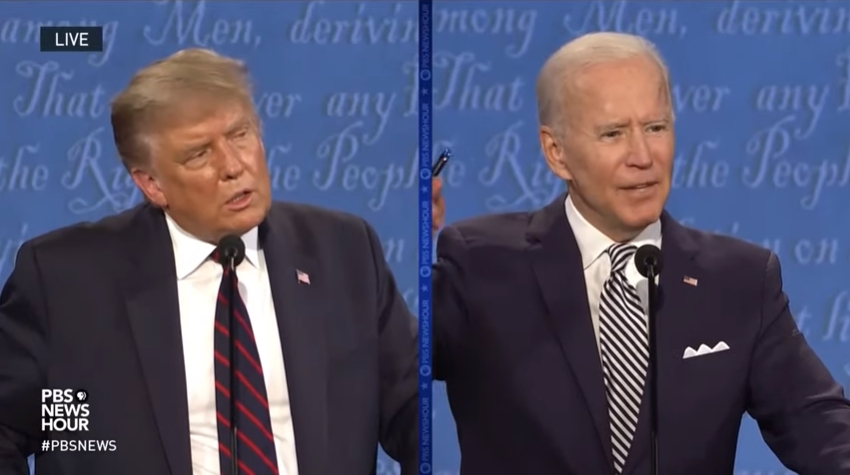 Joe Biden faces off with Donald Trump in the first of three presidential debates, which could help him maintain his steady lead in the public opinion polls in several swing states. Along with his opponent, Biden has also received a nomination for the Nobel Peace Prize.

Sky News reports that the UK’s Labor MP Chris Bryant has nominated the former US vice president for the accolade. Bryant explained that Biden deserved a nomination because of his use of political debate during an especially tumultuous time in US politics. Bryant’s nomination of Biden also comes at a time where there is a little over a month left until the November elections.

“When American cities have been in flames and citizen has been pitched against citizen, Joe has been a calming influence to bear,” said Bryant, who is a member of the House of Commons Foreign Affairs Committee and chair of the Standards and Privileges Committee. “When others have resorted to violent solutions, he has argued that the best force of argument because guns can stop a heart but well-placed words can change many hearts and many hearts can change the world.”

The winner of the Nobel Peace Prize will be selected by a committee and the awarding will take place on October 9.

Prior to the debate and in the midst of reports of Trump’s tax returns being published by the New York Times recently, Biden made his own financial records private. Biden, his wife former second lady Jill Biden, and Senator Kamala Harris have also released their 2019 tax returns to the public. The files revealed that the Bidens paid almost $300,000 in federal income tax and had an adjusted gross income of around $985,000. The Bidens also made $14,700 in charitable donations.

Harris and her husband Doug Emhoff were revealed to have paid $1.2 million in federal income taxes with an adjusted gross income of $3 million.

The Biden Campaign noted that as of now, the former vice president has already made over 20 years of his tax returns records public. “This is a historic level of transparency and it will give the American people faith once again that their leaders will look out for them and not their own bottom line,” said Deputy campaign manager Kate Bedingfield.