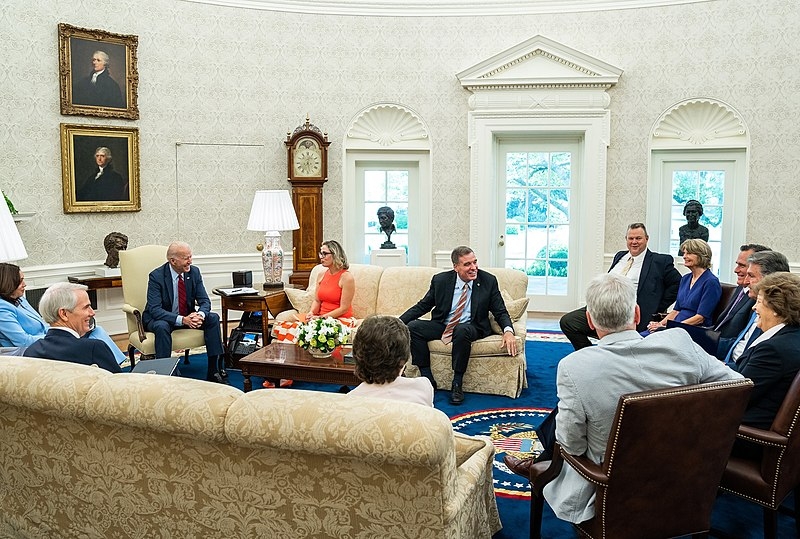 With concerns of the rising Delta variant of the coronavirus, the Biden administration is looking to boost vaccination rates among the public. Biden this week now ordered stricter vaccination requirements for federal workers.

Biden announced new vaccination requirements for federal workers and contractors on Thursday, according to the Associated Press. Federal workers will now be required to sign forms confirming that they have been vaccinated against COVID-19. If not, they will have to adhere to the new rules, including mandatory wearing of masks, weekly testing, social distancing, among other new regulations.

The new guidelines are part of the efforts to boost the vaccination rates among Americans among federal employees while also setting an example to private businesses and employers all over the country. However, the new rules would inevitably receive pushback in the midst of a political debate regarding the government’s ability to adhere to public health guidelines.

“Right now, too many people are dying or watching someone they love die and say, ‘If I’d just got the vaccine.’ This is an American tragedy. People are dying who don’t have to die,” said Biden in his remarks from the East Room of the White House.

Biden also delivered a sharp rebuke to those who still refuse to get vaccinated or are hesitant to get the jab for COVID-19. “If in fact, you are unvaccinated, you present a problem to yourself, to your family, and to those with whom you work,” added the US leader, who also extended his sympathies to those who are already fully vaccinated but are expressing frustration with those who are not.

60 percent of American adults have been fully vaccinated so far, as of late the number has gone up to 69.3 percent. Nevertheless, many, the majority of which are Republicans and some unions, are refusing to receive the vaccine.

Meanwhile, Biden reiterated his support towards including a provision of immigration policy in the Democratic-led $3.5 trillion infrastructure proposal. Biden gave his assurance to several lawmakers Thursday in their push for a pathway to citizenship for millions of immigrants to sign into law.

Biden’s support is an important part of the effort by Democratic lawmakers in taking advantage of an opportunity to include long-overdue immigration policies without the support of the GOP.