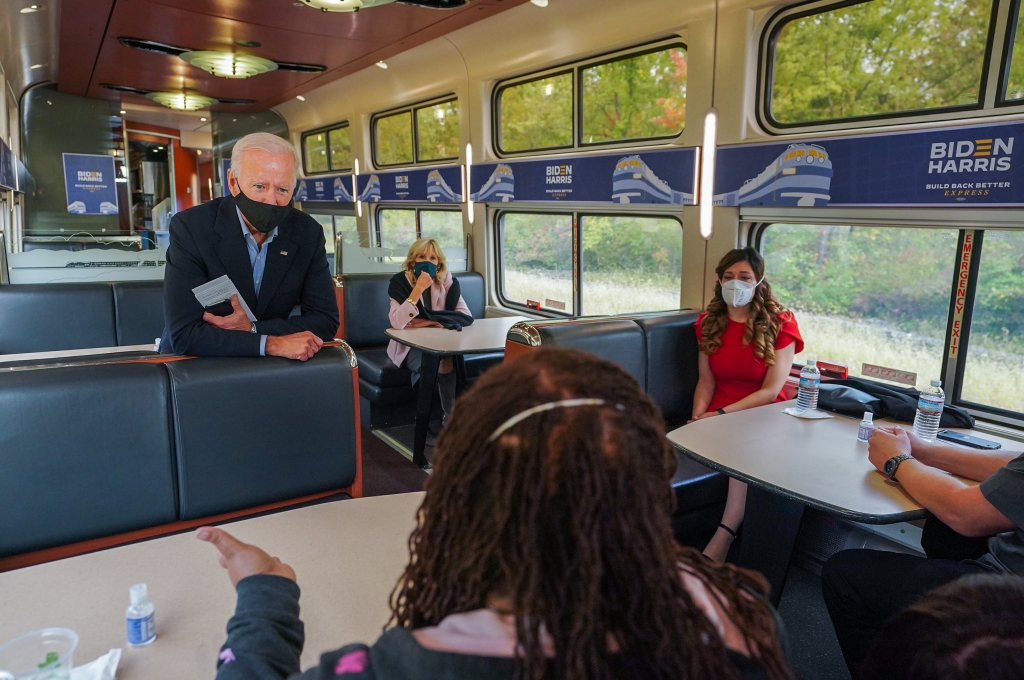 With only a few weeks to go until the November elections, former vice president Joe Biden is maintaining a good lead over Donald Trump in public opinion polls, especially in swing states. The Democratic presidential nominee is currently at a six-point lead over the Republican incumbent in polls in the states of Michigan and Nevada.

A CBS YouGov poll last week showed that Biden has a solid lead over Trump in the two swing states whose votes he’ll need to get elected President. However, in another poll, this time in the state of Iowa, the two candidates are at a deadlock. In the Michigan and Nevada polls, Biden holds 52 percent while Trump holds 46, showing a six percentage point margin between the two. While in Iowa, both are at 49 percent among voters.

Trump’s votes in the three battleground states are in jeopardy as he tries for a repeat of the results from the 2016 elections. Trump won Michigan by a very slim margin, while his opponent at the time, former Secretary of State Hillary Clinton, won by three points in Nevada. Trump breezed through Iowa.

The same holds for the Democrats running for seats in the Senate in the polls in the three states, who are leading against their Republican opponents. Biden holds a 2 to 1 advantage over Trump amongst Hispanic voters and leads Trump by nine points among Independent voters in Michigan.

Biden recently traveled to the predominantly-Republican-voting state of Ohio as he ramped up his campaigning efforts in order to garner more votes in his favor. During his visit to Ohio, Biden reiterated his economic message and his own record during his days as a Senator. Stopping in Toledo, Biden reached out to the United Auto Workers, who represented the local General Motors Powertrain plant, praising unions and the working-class while trying to paint Trump as someone who only chooses to impress the wealthy.

Biden also criticized Republicans for their hypocrisy as members of the GOP try and paint Democrats as anti-religious during the court hearings for the confirmation of Amy Coney Barrett. Barrett was nominated by Trump to replace the late Ruth Bader Ginsburg.