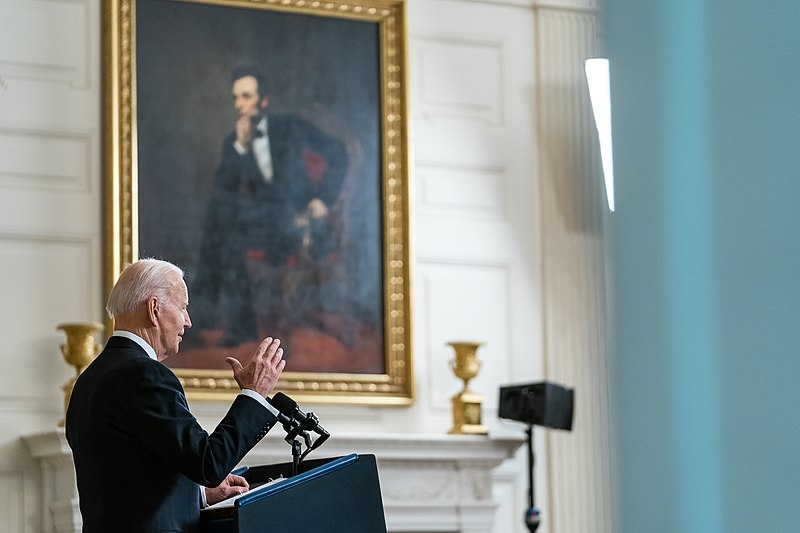 During the weekend, US President Joe Biden sought to address the recent mass shooting at a supermarket in Buffalo, New York. In his speech, Biden called for the country to be united in addressing racially-motivated acts of violence such as the recent shooting.

In his speech at a law enforcement ceremony at the Capitol, Biden said that he and first lady Dr. Jill Biden are praying for the victims and their families in the mass shooting at Buffalo, New York. Biden said the victims were shot “by a lone gunman armed with weapons of war and hate-filled soul.”

“We must all work together to address the hate that remains a stain on the soul of America,” said the US leader. “Our hearts are heavy once again, but the resolve must never, ever waver.”

Authorities reported that an 18-year-old white male, Payton Gendron, donning military gear, opened fire on shoppers and workers at the supermarket. 10 people were killed, including a retired Buffalo police commissioner, and three were wounded. Most of the victims were Black.

House Speaker Nancy Pelosi said that stronger gun control measures remain a big priority for the White House and for the Democratic Party, criticizing the Senate filibuster, which has posed a challenge for the party’s thin majority.

In other related news, US officials said Monday that Biden had authorized the redeployment of less than 500 US troops to Somalia, reversing the withdrawal made by Biden’s predecessor Donald Trump.

Prior to Trump’s withdrawal of troops from Somalia, around 700 US troops were stationed to help local forces fight the al Qaeda-backed al Shabaab insurgent group.

“This is a repositioning of forces already in theater who have traveled in and out of Somalia on an episodic basis,” White House Press Secretary Karine Jean-Pierre told reporters, but no exact number of troops was disclosed.