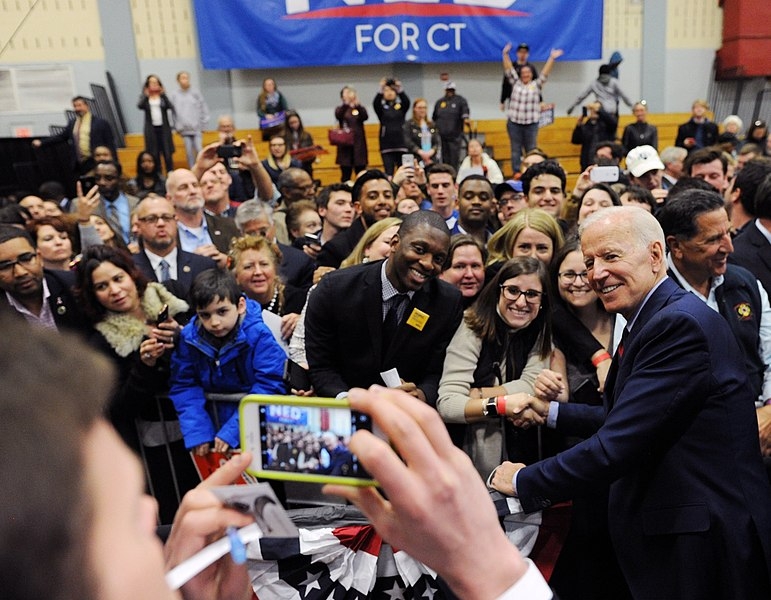 The global pandemic that is coronavirus has forced the campaigns of all the presidential candidates into coming up with another way to reach out to their supporters and backers. A report suggests that former vice president Joe Biden may be struggling with his digital presence in the midst of the pandemic.

The Biden campaign has resorted to online gatherings and events to properly reach out to his supporters and backers. A piece from NBC News reveals that as the concerns continue to grow regarding the pandemic, Biden is struggling to make himself visible to the public, which has earned him some criticism from both sides for somewhat fading into the background and staying silent despite experiencing a surge in wins in many primaries and taking more pledged delegates over his only other fellow Democrat candidate, Vermont Senator Bernie Sanders.

But despite Biden’s digital presence in need of improvement, the campaign has also seen some successes as it tries to transition into a digital setting, to which the campaign acknowledged the supposed learning curve that it is on. According to Biden campaign spokesperson Remi Yamamoto, “In the past few days alone, the Vice President has been connecting with millions of people where they are.”

Part of the setbacks the campaign has faced in the transition to digital or virtual events could be held with the technical difficulties they have faced. One instance was during a virtual town hall via Facebook Live back on March 13th, where the stream had a one-hour delay as well as significant technical difficulties. Another instance was in another live stream that followed last Monday, where the former vice president was overshadowed by the coronavirus press conference held by New York governor Andrew Cuomo, to talk about the after effects of the pandemic on the state, which took the hardest hit from the coronavirus.

But his digital presence appears to be just one of the things Biden is now being criticized for. Yahoo News reports that the former vice president is now facing another allegation of sexual assault by a former member of his staff, Tara Reade, who claimed that Biden digitally raped her back in 1993. Her story lines up with previous allegations made by other women who have since spoken up about the manner of which Biden has touched them.