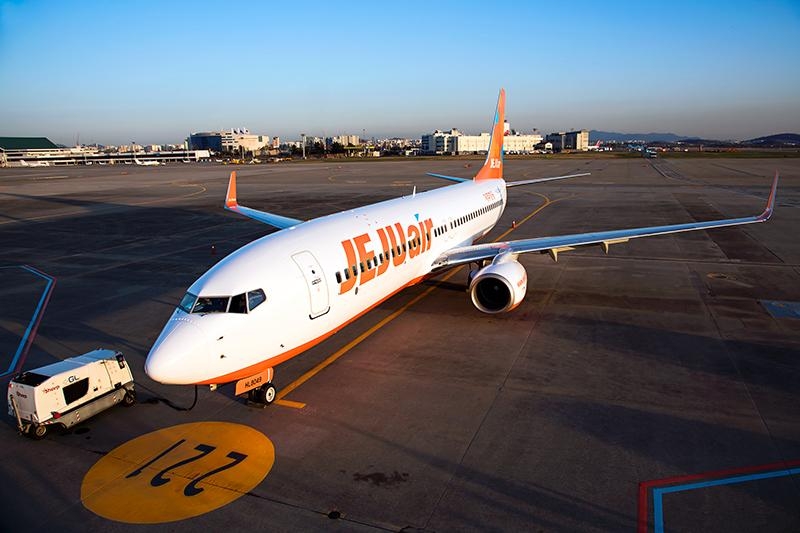 Jeju Air Co. will convert its B737-800 passenger jet to deliver cargo from Incheon to Bangkok from late Thursday to offset a sharp decline in air travel demand.

The company announced that it is considering using passenger jets to expand cargo delivery to other countries, depending on market conditions.

Jeju Air, which operates 44 B737-800 passenger jets, suffered a net loss of 202 billion won in the first half after earning a 2.6 billion won net profit in the same period last year.

Other South Korean budget carriers are converting passenger jets into cargo planes due to a pandemic-triggered drop in travel.

Jin Air Co., a budget carrier unit of Korean Air Lines Co., will deploy a B777-200ER jet converted into a cargo plane on routes from Incheon to Bangkok and Qingdao from Saturday.

T'way Air will begin using two of its 27 B737-800 passenger jets to carry cargo from Incheon to Ho Chi Minh City in early November.