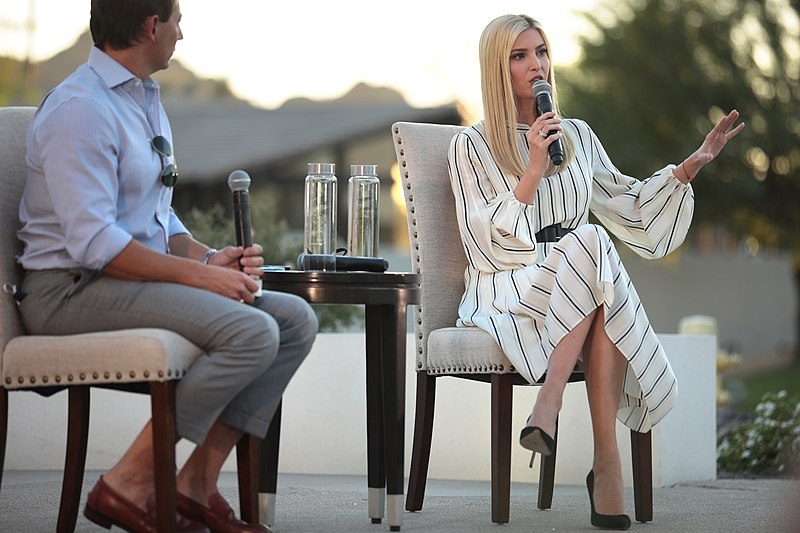 Ivanka Trump’s time as White House adviser is now limited following her father Donald Trump’s election loss. With a few months left until she leaves the White House, a former friend claims that Ivanka is a lot more similar to her father than she lets on.

Ivanka’s former friend Lysandra Ohrstrom wrote a piece about their friendship for Vanity Fair. In the piece, she claims that underneath the refined persona, Ivanka was very similar to her father. Ohrstrom goes on to claim the similarity especially in the sense where she would reportedly pin the blame on other classmates for her bad behavior during their days at Chapin, the private all-girls school in New York’s Upper East Side.

One instance, Ohrstrom wrote, involved Ivanka blaming another classmate for a fart. Ivanka also allegedly coaxed their other classmates into bad behavior. Should they get caught, according to Ohrstrom, Ivanka would plead innocence and walk away free while the rest of them were suspended. “She goaded me and a few other girls into flashing our breasts out the window of our classroom in what has since been labeled ‘flashing the hot dog man’ in Chapin lore,” wrote Ohrstrom. “Ivanka had basically been ringleader, but she pleaded her innocence to the headmistress and got off scot-free. The rest of us were suspended.”

Ohrstrom also recalls her interactions with Ivanka’s father and claimed that Trump would usually congratulate her if she had lost weight.

Their friendship soured in 2009 following Ivanka’s wedding to Jared Kushner, to which Ohrstrom served as the maid of honor.

Recently, Ivanka joined her father and her step-mother Melania Trump in honoring veterans at Arlington National Cemetery in what appeared to be her first public appearance since her father’s election loss. Her husband was also present with her and she was seen with a face mask on. Ivanka also paid tribute to the veterans on social media.

“There is no greater debt of gratitude we owe as Americans than to those who have worn the uniform of the US throughout history and fought for the freedoms we enjoy, May God bless & care for all our veterans, those still serving in the military & their families! #VeteransDay,” wrote Ivanka.