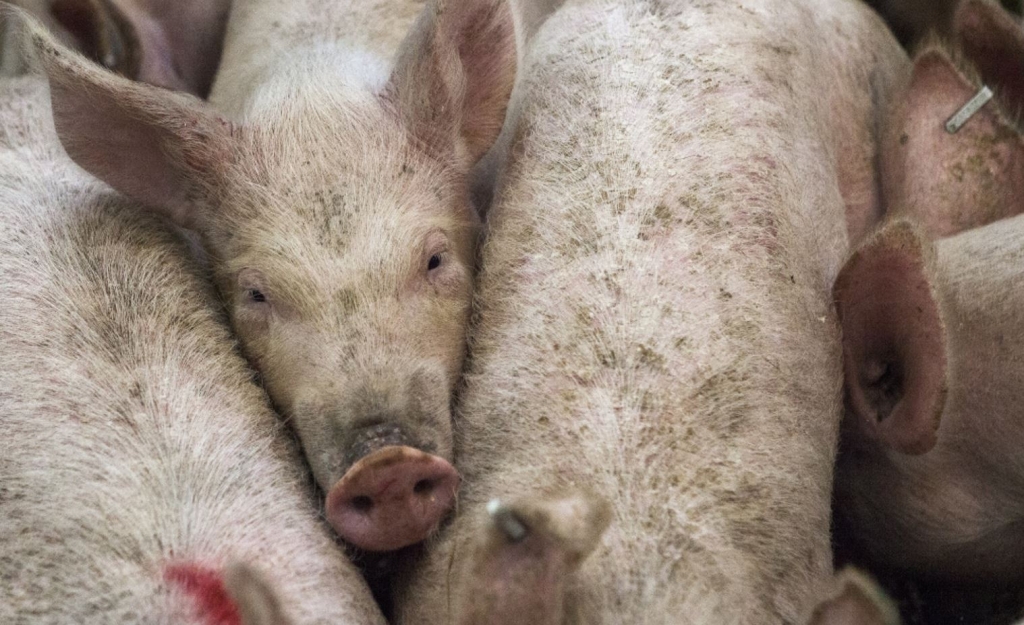 The world has been worried about pandemic diseases for many years. Before COVID-19, attention was focused on influenza viruses as the most likely cause. A recent paper reminds us that the threat from flu remains very real. It reports that a swine flu virus is circulating in China that has the potential for pandemic spread in humans. This sounds highly alarming, but just how worried should we be?

There are millions of cases of flu each year, resulting in hundreds of thousands of deaths. These are caused by “seasonal” or type B influenza viruses. There are also other types of flu viruses that are harboured by animals, notably the type A viruses of birds. Thankfully, most of these infect humans poorly. But as they are different from the seasonal viruses, humans have no or little existing immunity to them.

So a type A virus that acquires the ability to readily infect humans and transmit between us will rip through our population, leading to a pandemic in much the same way that SARS-CoV-2 has done. The Spanish flu of 1918, which caused an estimated 50 million deaths, demonstrates why pandemic influenza viruses have been the focus of the World Health Organization and governments around the world.

How type A viruses can infect humans

Influenza viruses infect respiratory cells by binding to a specific receptor on the cells’ surface. Humans and birds have different versions of this receptor, which means avian flu viruses bind poorly to human cells. This is why infectivity in humans is low.

However, flu viruses can readily exchange segments of their genetic material (in a process known as reassortment) if two different viruses infect the same cell. This can create novel flu viruses with combined characteristics of their parents. It’s feared that a reassorted virus could combine the great harmfulness of some bird viruses with high infectivity for humans – a potentially devastating combination.

And it’s pigs that may make this possible. Their respiratory cells contain both versions of the receptor mentioned before, making them susceptible to a wide range of flu viruses. This means they’re the most likely host in which reassortment occurs. Because of this, there’s an extensive global surveillance network for identifying novel and potentially dangerous flu viruses. And that’s what this recent paper has found that swine influenza viruses have emerged in China that display many of the features we’d anticipate potentially pandemic strains having.

Ferrets help show the danger of these new viruses

Among viruses isolated from pigs in China between 2011 and 2018, six distinct types were identified. In 2011, the predominant viruses were variants of the 2009 H1N1 swine flu virus. Subsequent viruses bore the hallmarks of arising from reassortment.

In particular, one type (referred to as G4) was first detected in samples taken in 2013, and by 2018 had become the dominant and only type isolated. This coincided with an apparent increase in respiratory disease in pigs, suggesting that an original G4 virus had become particularly well adapted to infecting pigs, and had largely replaced other swine flu viruses in China, giving rise to the series of problematic G4 viruses now in circulation.

Tests of the potential for human infection by G4 viruses produced worrying results. Ferrets have similar patterns of receptors to humans, display similar influenza disease to humans and can transmit influenza viruses between themselves. This makes them a good model for studying the potential effects of a flu virus in people.

The authors then tested whether antibodies that recognise flu viruses that have caused disease in humans in recent years – including those generated in response to a recent version of a flu vaccine – would recognise the G4 viruses. They did not, suggesting that the human population has little to no pre-existing immunity to these viruses.

How worried should we be?

Blood samples from swine farm workers (who have close and regular contact with pigs) and from the wider population were then tested for the presence of antibodies that recognise the G4 viruses. Surprisingly, 10% of samples from farm workers, and about 4% of samples from the general population, contained such antibodies. This suggests that G4 viruses have already been infecting humans. It was noted that the frequency of positive samples, and thus the frequency of infection, had increased in recent years.

So, G4 viruses appear to have all the traits we fear for a potentially pandemic virus – efficient binding to and replication in human respiratory cells, high virulence and transmission in the ferret model, and lack of existing immunity from other flu viruses or vaccines. However, the apparently unnoticed yet significant level of infection in swine workers and others suggest that, at the moment, these viruses do not generally cause severe disease or spread readily. But they may represent viruses already highly adapted to infecting humans, that only require minor adaptations for frequent human-human spread and/or increased severity. They do appear to be a cause for real concern.

While most pandemic response planning has been centred on flu, COVID-19 has shown the need to broaden that planning. This paper is a timely reminder that perhaps even before COVID-19 has been conquered, the need for more robust planning for the next pandemic should begin. Extreme events are often described as once in a lifetime. We can’t afford to treat pandemics that way. Sars, Mers, H1N1 and now COVID-19 have all emerged in the last 20 years, demonstrating that pandemic viruses arise with alarming regularity, and are likely to continue to do so.

Andrew Preston does not work for, consult, own shares in or receive funding from any company or organisation that would benefit from this article, and has disclosed no relevant affiliations beyond their academic appointment.