Is austerity really to blame for stalling life expectancy in England? 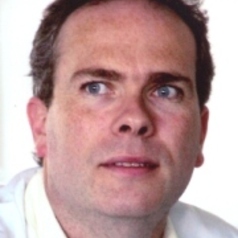 Over the 20th century, life expectancy in the UK increased from 46 to 76 years. But since 2010, that rate of increase is close to having ground to a halt. At any point in living memory this finding would cause serious concern. But in the age of austerity and accusations of “social murder” it is politically explosive. But can budget cuts really explain the trend? And can we do anything to boost life expectancy?

Calculating life expectancy is simple. Consider a hundred babies. If half die before their first year and the other half live to the age of 70 then average life expectancy is 35. If the healthcare system saves 40 such newborns (who also live to 70) then life expectancy will jump to 63. In fact, decreased childhood mortality underlies most of the increase in life expectancy we’ve seen since 1900. In fact, it is independent of maximum human lifespan – currently estimated to be about 125 years. As it is highly unusual that we actually live this long, it cannot be responsible for the stall.

Austerity is shorthand for a package of measures combining national deficit reduction through cuts to public spending with a balanced budget. The result has been an overall reduction in total public spending of about 3% in real terms. Some areas of expenditure, such as the National Health Service (NHS), are theoretically exempt from cuts (but are nevertheless affected by inflation) meaning other areas have received proportionately deeper ones. One such area is social care.

One significant cause of static or declining life expectancy can be immediately dismissed. There have been no major “mortality shocks”, which have caused declines in the past – including the Spanish Flu (1919) and the Second World War (1939-45). If something like this were happening in Britain, we would have noticed.

Is increased childhood mortality to blame? Given pressure on services and its past impact, then it could play a role. Fortunately, 2016 UK infant mortality is at a historic low of about 0.36% compared to 15% in 1900.

In the US, declining life expectancy has been linked to increased levels of obesity in the population. The UK has also gained weight but the rate of change is relatively slight – in the last decade, the proportion of Britons who were either overweight or obese rose from 60.5% to 62.9%. This is most marked in the population aged 55 to 84 and might be influencing life expectancy.

But perhaps the largest contributor to the shift in life expectancy trends is the dramatic increase in the number of older people in the population. From 2008 to 2015, the number of people aged over 90 increased from 657 to 854 per 100,000 people, and the total number of centenarians increased from 10,400 to 14,570.

Ageing drives the development of multiple diseases and conditions. Unfortunately, by the age of 85, almost nobody is free of functional impairment. The 85+ are typically frail and rely on others to look after them. Over the austerity period, mortality in England and Wales has increased markedly. For example, in 2015 there were approximately 530,000 deaths, an increase of 5.6% on 2014. These 30,000 excess deaths occurred among the elderly. About 10,000 happened in January, suggesting flu and pneumonia could have been the cause. But there were also elevated death rates year round, implying a broader failure of care.

That means it can be argued that the oldest people are highly vulnerable and that excess deaths among them, from underfunded services, are a major cause of the stalled life expectancy increases. In fact, austerity has unmasked the unhealthy ageing of our population.

What can we do?

Supporting the vulnerable is a moral imperative. But the costs of doing so will increase dramatically unless we can improve the health of the elderly. This in turn requires knowledge of what actually kills them. Many of the excess deaths during the austerity years were attributed to dementia but this is partly due to changes in the software used to record deaths and financial incentives to identify cognitive impairment. In reality, assigning a sole cause of death in an older person is difficult because most of their multiple conditions are potentially lethal. It could be said that the oldest die of old age.

Multiple causes of death result from just a few “ageing mechanisms”. That means that targeting these could improve health in a number of ways. For example, we know that drugs such as mTOR inhibitors (for example, Everolinmus) improve vaccination responses in older people. They also delay cognitive impairment in animal models and improve many markers of health. These compounds are available clinically and, with the proper trials, could rapidly be deployed.

The science of ageing is yielding many other potential routes to better health for older people, too. Some interventions are simple and cheap, for example there is increasing evidence that supplementation with the steroid hormone dehydroepiandrosterone (DHEA) improves the ageing immune system and could potentially benefit some hip fracture patients.

Targeting ageing could be a game changer. Computer models have shown that a modest increase in healthy human lifespan, based on laboratory data from other species, crashes the number of functionally impaired older people. The researchers calculated that this would save the US alone $7 trillion over 50 years, concluding we must therefore prioritise ageing research.

Far from being a hopeless search for cash, we can increase healthy life expectancy and lower care costs. What we need most is political vision and will. Both are currently in short supply.

Unless we turn this trend around and convert ageing research into treatments for older people then “social murder” truly will have taken place, with the bodies buried in the small print of life expectancy statistics.

Richard Faragher receives funding from the BBSRC and the Glenn Foundation. He is past President of the American Aging Association, former Chair of the Scientific Advisory Board of the British Society for Research on Ageing and a member of the Board a Directors of the American Federation For Aging Research a biomedical research charity which funds research intended to advance our knowledge of ageing and the mechanisms of age-related disease. He is writing in a private capacity.