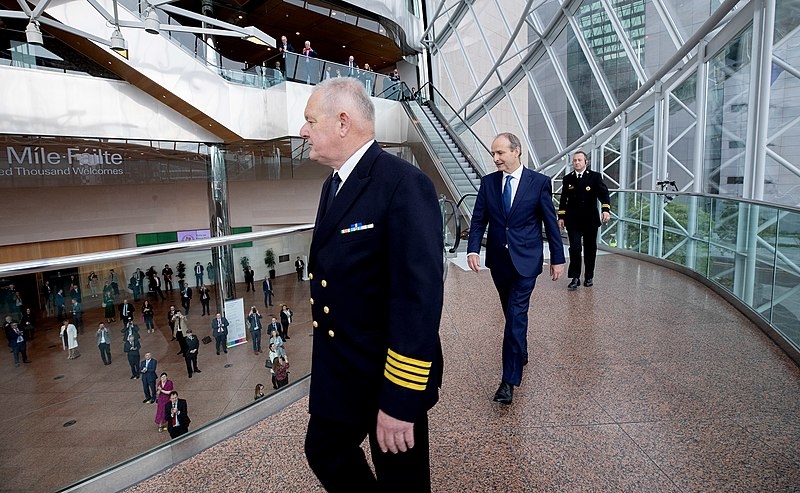 House of the Oireachtas / Wikimedia Commons

The United Kingdom’s introduction of a law that would unilaterally alter the Northern Ireland protocol has led to some criticism. Irish Prime Minister Micheal Martin voiced his criticism towards the British legislation, urging the UK to resume discussions with the bloc over its potential trade law for Northern Ireland.

Speaking to the BBC, Martin criticized the UK’s proposal to ease trade with the province and that London must resume discussions with the European Union to solve issues surrounding the arrangement.

The UK’s law regarding the province would involve scrapping checks on the rest of UK goods arriving in Northern Ireland while challenging the European Court of Justice to decide on parts of the deal agreed upon by the EU and the UK when Britain left the bloc.

“It’s not acceptable, it represents unilateralism of the worst kind,” said Martin. “We accept fully there are legitimate issues around the operation of the protocol and we believe with serious negotiations between the European Union and United Kingdom government, those issues could be resolved.”

“If this bill is enacted, I think we’re in a very serious situation,” Martin continued. “What now needs to happen is really substantive negotiations between the British government and the European Union.”

Martin noted the legislation would damage Northern Ireland’s economy by introducing a dual regulatory scheme that would increase costs to businesses. The bill has yet to be passed by parliament, which may take some time.

Sefcovic said renegotiations with the UK over the agreement would be “unrealistic” and that it would only “bring uncertainty” for people and for businesses in the province.

Tensions between the bloc and the UK have been evident for months after the UK accused the European Union of taking a heavy-handed approach to the import of goods between the UK and Northern Ireland and the customs checks needed to maintain an open border with Ireland, which is a member of the EU.