How much money do you make doing affiliate marketing? ​ 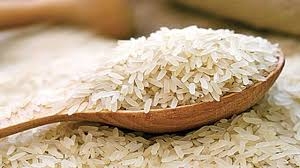 India’s rice exports in 2020 could surge to 14 million tons, up by nearly 42 percent from last year’s 9.9 million tons due to reduced shipments from rival exporters Thailand and Vietnam and a depreciating currency.

Thailand is hounded by drought that could pull down exports in 2020 to 6.5 million tons, its lowest in 20 years.

Meanwhile, Vietnam had to contend with low water levels in the Mekong River Delta that limited its production.

A surge in demand for non-basmati rice from African countries due to its attractive prices is expected to double India’s rice shipments from a year ago to 9.5 million tons in 2020.

Basmati rice exports are expected to be stable at around 4.5 million tons.

Indian exporters are able to offer rice at lower prices because of the rupee’s depreciation, which declined 3 percent against the US dollar this year.

India sells 5 percent broken parboiled rice at $380 per ton on a free-on-board basis, while Thailand offers it at $490 per ton.