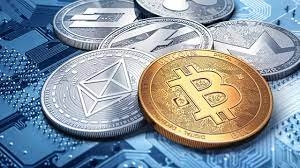 If the bill gets enacted into law, India would be the first major economy to make holding cryptocurrency illegal.

India will propose a law criminalizing possession, issuance, trading, mining, and transferring crypto-assets in the country.

The bill, one of the world’s strictest cryptocurrency policies, is in line with a government drive banning private virtual currencies such as bitcoin while developing an official digital currency framework.

The bill would give cryptocurrency holders up to six months to liquidate before penalties will be levied.

If the bill gets enacted into law, India would be the first major economy to make holding cryptocurrency illegal.

According to Gaurav Dahake, CEO of Bitbns, user registrations and money inflows at local crypto-exchange have jumped 30-fold from last year.

Unocoin, among India’s oldest exchanges, added 20,000 users in January and February, despite worries of a ban.

Cryptocurrency has been called a “Ponzi scheme” by top Indian officials.
In 2019, a government panel recommended jail of up to 10 years on those who hold, sell, transfer, mine, generate, dispose of, issue, or deal in cryptocurrencies.

According to a senior official, the plan is to ban private crypto-assets while promoting blockchain, a secure database technology that experts say could revolutionize international transactions.