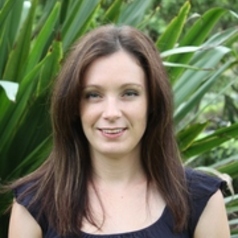 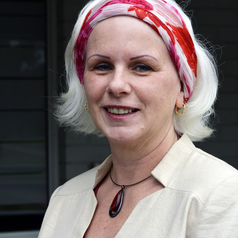 A topic of discussion at many barbecues this summer will inevitably be private health insurance. Is it worth it? Do we need it? Every year it gets more expensive. The average 4.8% increase in premiums just announced will have more Australians raising these questions, and debating with their friends how much they value choice of doctor, reduced waiting times for elective surgery, and having a private room when in hospital.

Government makes decisions about pricing and funds the 30% rebate for many consumers with private health insurance. This is costing tax payers an estimated A$6 billion each year; money many economists argue is not justified and would be better spent in the public system.

Should the government have allowed this premium rise?

Each year private health insurance funds lobby the government to increase premiums. They claim increases are warranted because of an ageing population, increasing costs of health services and technologies, and decreasing government subsidies to consumers.

New federal health minister Greg Hunt has approved an average increase in premiums of 4.8%, with actual price hikes ranging from 2.9% up to 8.5%. This will mean families will pay up to $200 more per year, and singles up to $100 more each year.

The government argues this is the lowest premium increase in a decade. But this ignores the cumulative increase of 28% since 2012.

A premium that was $2000 in 2010 now costs about $3000. Many economists believe current premium increases, which are well over inflation rates, can’t be justified.

Dissatisfaction on the issue was clearly on the political agenda in 2016, when previous health minister Sussan Ley announced a public consultation on private health insurance. This consultation made clear the concerns people have about poor value for money, high out of pocket costs, and complex regulations.

These issues have all been raised in our own research with consumers, and have been repeatedly raised by consumer organisations such as the Consumer Health Forum. Despite this consultation, it appears little has changed.

It is claimed Australians are paying more than ever for their private health insurance but are getting less and less. There are concerns about lack of transparency about what is covered, waiting periods and exclusions, and unexpected out-of-pocket costs.

Each year when we discuss the premium price hikes, the concern is focused on how consumers, not industry, will react. The onus is often on consumers to be more aware, more active, and lobby for their needs. There are a range of sites dedicated to helping consumers make the best choice.

There is alarm that some people will drop their cover completely. But given the fear people have about needing private health insurance, there seems to be more consensus that people will reduce their level of cover rather than dropping it.

However, the risks of doing so are often not explored. Exposure to large and unexpected out of pocket costs, and as found in our research, the realisation (too late) that some procedures are not covered. When people do use their private health insurance they are likely to pay a gap, but these expenses are not clearly defined.

For example, the outrage is not extended to the need to lobby government about strengthening the public health system, which is where most people, especially those who are poor and with complex health needs, end up.

We know many Australians take out health insurance simply to avoid paying more tax through the Medicare levy surcharge. Some question whether they would rather be putting their money into Medicare than an industry they may choose never to use.

Sophie Lewis does not work for, consult, own shares in or receive funding from any company or organisation that would benefit from this article, and has disclosed no relevant affiliations beyond the academic appointment above.