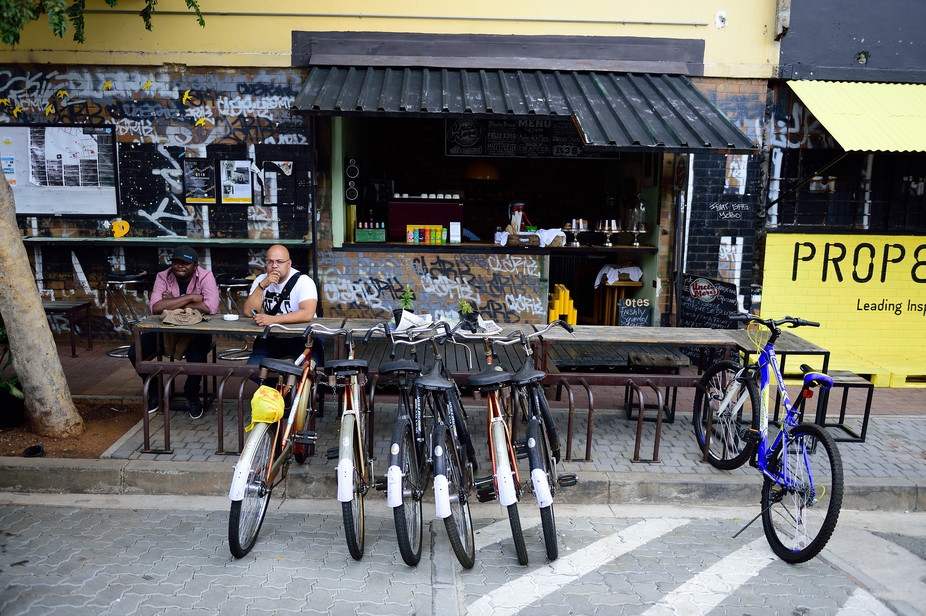 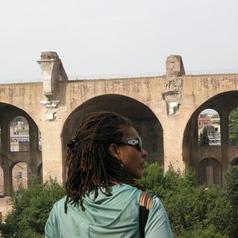 The first thing I saw when stepping out of the taxi was a sign advertising craft beer, popular with hipsters everywhere. Sidewalk tables were occupied by attractive young people; a pleasant tableau of the multiracial middle classes eating wood-fired pizza and playing with their smart phones.

It could have been a scene from gentrifying downtown Los Angeles or Shoreditch in London. It reminded me of New York but in reality it was Maboneng, Johannesburg. I am conducting research about the area and issues of spatial transformation.

Maboneng was carved out of Jeppestown, a working-class neighbourhood in Johannesburg’s CBD. It has developed rapidly since 2009. But surrounding Jeppestown is still mostly occupied by low-income black people. Maboneng is a distinctly hipster “cultural time zone” or microspace. Its upmarket bars, fashionable restaurants, creative work spaces and loft-style apartments have more in common with its equivalents in Euro-America than less developed local areas adjacent to it.

Maboneng represents one strand of the type of urban “development” that’s advocated for by the proponents of “global cities”. The problem with this type of development is that it often leads to cities becoming more spatially unequal as urban regeneration or gentrification displaces people.

The city’s core areas are occupied by the wealthy. Low-income residents are pushed to the urban peripheries in search of affordable housing. This trend is intensifying around the world: in New York, London, Sydney, Los Angeles and Vancouver as well as in globalising or emerging cities like Johannesburg, Accra, Beijing, Cape Town, Jakarta, Mumbai and Shanghai.

We have seen this model before. It was called the apartheid city.

South Africa’s apartheid architects wanted Johannesburg and nearby suburbs to be reserved for the white population. Economically disadvantaged black people, so-called “coloureds” and Indians were warehoused on the outskirts in segregated, under-resourced townships. They provided an underpaid labour force for white business.

Apartheid was also known to its critics as “racial capitalism”. It was a type of social engineering that both spatially and economically gave the white population an advantage to keep them wealthy.

In the era of globalisation since 1990, these same spatial dynamics have played out in cities around the world. They are no longer based on purely racial lines. Instead, they’re grounded in blatant socioeconomic segregation. Urban theorist Richard Florida wrote in 2008 that

the most successful cities and regions in the United States and around the world may increasingly be inhabited by a core of wealthy and highly mobile workers leading highly privileged lives, catered to by an underclass of service workers living farther and farther away.

Several scholars have warned that inequality is an inherent feature of the global city. Others, like Martin J. Murray, argue that post-apartheid Johannesburg has introduced “new patterns of social segregation that have further marginalised the largely black underclasses and urban poor.”

Yet many cities are striving to become more “global” – and ever more unequal. Why is this?

Annual indices produced by groups headquartered in places like Chicago and London competitively rank global cities according to certain metrics. A city is “global” if it consists of very particular types of cultural time zones: skyscrapers, cafes and malls which adhere to western notions of “modernity” and “development”. Global cultural time zones in global(ising) cities create a network of geographically disparate but culturally similar spaces that allow for certain types of socio-economic transactions.

This sort of development has seen gentrification being generalised as “global urban policy”. In recent years major cities have witnessed a particular strand of gentrification that I call global hipsterification. A scholarly article on the subject has been accepted for publication in the journal New Left Review.

Knight Frank’s 2015 Global Cities report states that “former industrial districts” like London’s Shoreditch and Brooklyn’s DUMBO are some of the “new districts [which] are of increasing significance” because they attract “younger staff” who can find housing, an active social life and burgeoning employment opportunities in various technological or “creative” industries.

These youngsters often identify as hipsters, originally a counter-cultural movement that has now gone mainstream and global from Hauz Khas village, New Delhi to Williamsburg, Brooklyn. They are defined by their consumption of particular types of beverages (coffee, craft beer) and food (quinoa, kale) as well as music, fashion, art and their distinctive aesthetic choices.

Meanwhile, cities in the global South use hipster areas like Dadar in Mumbai or Maboneng to beef up their global city credentials.

And while the hipsters move in, others are pushed aside. “Development-induced” migration is a growing phenomenon in many cities like Shanghai. There, authorities are removing millions of low-income residents from prime real estate in their quest to become more “global”.

But here’s the question if we are to reduce the global trend of increasing spatial inequality: who gets to define “global” and why does it only mean skyscrapers and hipster cafes?

Instead, shouldn’t “global” be redefined to mean adequate and affordable housing for all income levels, good schools for all children, universal health care, a zero rate of homelessness and greater income equality? What if “global” was correlated with the Gini coefficient which measures equality?

Spatial and economic inequality have many drawbacks and may negatively impact growth. Inclusive growth can only be achieved by rejecting the apartheid/global city model.