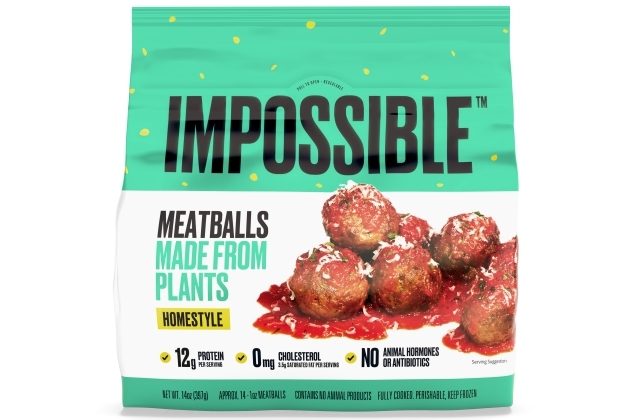 Impossible Foods drops its latest plant-based product, and this is coming to Walmart stores this month. The meat alternative food maker unveiled its fourth vegan product this week, and it is none other than the Impossible Meatballs.

The plant-based item is said to be one of the most highly anticipated products from Impossible Foods. It will be available at Walmart locations, and more retailers are set to be added to the list of outlets later this year.

At Walmart, Impossible Foods revealed it would be launching a dedicated plant-based section in the retailer's frozen aisle, and it will have most of the Impossible products. The company is expecting to boost its presence at the Bentonville, Arkansas-headquartered retail firm by bringing its vegan items in its over 3,000 locations.

As per The Beet, the move is part of Impossible Foods and Walmart's partnership expansion. At any rate, the vegan Meatballs will be sold at $6.48 per pack of 14. Its price point is reportedly one of the most affordable options in the plant-based market.

The Impossible Meatballs are made from the same blend for making the Impossible Burger patties and Impossible Sausage. The difference is that it has unique spices and seasonings to achieve the real taste of regular meatballs. Also, the product has 30% less sodium compared to animal-based meatball products.

"We are innovating faster than ever and developing our products with qualities that matter most to consumers, including everything from taste to convenience," Impossible Foods' vice president of product and commercialization, Ravi Thakkar, said in a press release. "Impossible Meatballs are the latest example of that - giving people a simple, delicious, and sustainable alternative to a family classic."

Finally, customers and vegan enthusiasts can purchase the new Impossible Foods Meatballs in two choices which are pre-formed and fully cooked. These can be added to spaghetti and other dishes. Or simply seal and freeze in the refrigerator to be taken out later for reheating in the microwave, air fryer, oven, or stovetop to make a quick meal or snack.