Imagining your own SeaChange – how media inspire our great escapes 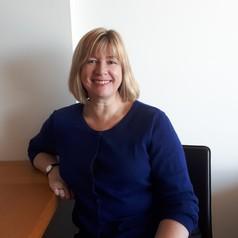 Many Australians dream about moving to the country, escaping the city for good.

We might have grown up watching television shows such as All Creatures Great and Small. More recently, we might have tuned in to McLeod’s Daughters, Gourmet Farmer or River Cottage.

This year the ABC has started production of Escape from the City, an Australian version of the long-running and popular British Escape to the Country series. And Channel Nine is reviving the series SeaChange, with its producer saying it’s more relevant now than when it first aired 20 years ago.

It seems many of us dream about making our escape from the rat race while watching these shows or leafing through a copy of Country Style magazine.

Most Australians live in cities, but there seems to be a collective desire to escape the concrete and glass for green fields and open spaces. Those who do this are popularly known in Australia as seachangers and treechangers.

So what is the media’s role in this?

My recent research has shown that the ideas of rural life presented in media can influence certain people in such a way that they might relocate to the country themselves. For these people, the places they end up moving to tend to embody in some way the values and ideals they find important. These values tend to be reflected in and shared in the media they consume.

Media – whether magazines, television shows, movies, or blogs – give consumers a space to imaginatively explore different ideas and roles. Leafing through the October 2018 issue of Country Style illustrates this. The “Living History” story sets the scene:

A sprawling heritage house in NSW’s upper Blue Mountains is the perfect stage for a family’s treasured collections.

Readers feel transported to this idyllic lifestyle, and the accompanying glossy pictures enable them to imagine their own lives in the country. They can picture themselves there, feel what it may feel like for the people in the story, experience the joys and sense their troubles.

Readers will maybe say things like how much they like this room, or how they hate the colour of the paint there. In doing this, they’re exploring these ideas in their own minds and relating to them.

This then allows people to expand their concepts of themselves. They can take these ideas and adopt the bits they want into their own lives. Influenced by the pictures in the story, they might choose to buy the table shown in the living room, or copy the style of sink in the kitchen. They might even decide to adopt a bigger version of this life story and move to the country themselves.

This is what these media do – they expand people’s imagination with new concepts that can be adopted or discarded as desired.

The objects shown in the above example reflect taste. The style of house, the furniture, the clothes worn are all examples of taste, put together by stylists, home owners and photographers. They demonstrate the values and ideals that the owners want to share with others in material form.

In the magazine’s example, the armoire is painted a distressed white. The kitchen bench is an old converted table. These pieces of furniture have patina, which reflects longevity and connectedness.

The enclosed verandah floors are covered in jute rugs; these natural fibres connect people to the land and nature.

Owning objects like these gives people an opportunity to share their identity through material culture, which strengthens both their identity and their personal narrative.

The ideals and ideas passed on in this way are linked together in groupings called social imaginaries. These are sets of values and ideas common to a particular group of people.

In River Cottage and Gourmet Farmer, for instance, values include home-grown food and the beauty of the rural landscape. These shows promote an ideal of the country that is commonly shared by viewers who believe these things, or a version of them, themselves.

The original SeaChange series valued natural spaces such as the beach it was set on and the small town’s friendly community. These values are less evident in cities.

Media reinforce what the audience already has affinity for, and the audience influences what is produced because media creators want their work to succeed in the marketplace. This is an ongoing cycle that is self-perpetuating and evolving. It’s tweaked and adjusted continually, because media productions echo the culture they’re produced in.

We might think that we’re independent people who decide things for ourselves, but we also live in and are influenced by a culture that is reflected back at us through media and has impacts on our ideas about ourselves and our lives. We can’t underestimate the power of these reflections on our daily decision-making.