If we know so much about disease, where are all the cures? 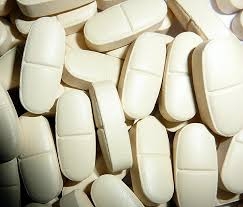 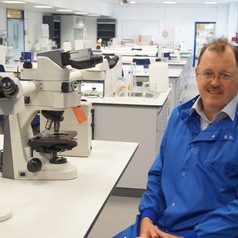 We know so much about the genes that cause disease, so why are we not approaching an age of Star-Trek-like medicine in which a doctor can wave a handheld device over a patient, claim to have sequenced the genes of the offending pathogen, then move rapidly to a cure? How can we know so much about the causes and progression of disease, yet do so little to prevent death and incapacity? The answer to these questions may lie in the scientific disciplines of genomics and the challenges of its application in personalised medicine.

Scientific buzzwords such as “genomics” and “big data” sound grandiose but they simply relate to the study of an organism’s DNA blueprint, the collection of genes that enables life to exist, from the smallest viruses to the complex human species. This code can be represented as a string of four letters with various combinations of these letters controlling the building and maintenance of a living organism.

The English alphabet of 26 letters allows authors to weave complex stories or historians to document the entire human history. By comparison, genomics deals with just four letters. Surely it should be easy to decode the messages written in genes to provide new cures for disease? Not so. The messages hidden within the DNA are complex and difficult to interpret.

The main problem is the shear quantity of information that needs to be interpreted. There are around three billion letters in human DNA and sequencing of the first human genome took 13 years to complete – although advancements in technology now allow a patient’s genes to be mapped in just a few hours.

The speed by which we can now gather information linking DNA sequences to disease is phenomenal with vast amounts of new information on the causes of disease being produced daily. Bacteria and viruses have much smaller genomes, but we should not forget the value in sequencing their genes as a wealth of knowledge on pathogen diagnosis and target identification for drug discovery is hidden within them.

Data into drugs … it’s not that easy

But the quantity of data available to researchers is fast becoming a problem. Over the next few years, the computing resources needed to store all the genomic data will be mind boggling (almost 40 exabytes) – far exceeding the requirements of YouTube (one to two exabytes per year) and Twitter (0.02 exabytes per year). Finding that nugget of information that is vital to the production of an effective cure in this mountain of information is looking ever less likely. Advanced data handling software will need to be developed if the data is to be put to good use.

Then there’s the problem of sharing data. In academia and in industry, secrecy is perceived to be the norm. Even in the field of genomics, where sharing of information is widespread, data is often not released until the authors secure publication in a top journal, as their future career prospects and employment depend on this. Institutions and funding organisations will need to ensure more credit is given to researchers openly sharing their data in a timely manner. Otherwise, vital pieces of information may be hidden from those seeking new cures.

Drug discovery requires the production of molecules that interfere with the function of a target that has been implicated, often by genomic analysis, as an important factor in a particular disease. If this is wrong, then years of development work and hundreds of millions of pounds will have been wasted. Early attempts by the pharmaceutical industry to incorporate genomics into their product development proved to be disastrous. Many of the targets chosen were shown to have little effect on the treatment of disease. This experience and the sheer number of new targets being discovered have made the industry risk averse.

Commercial pressures to produce profit from pharmaceutical development are also evident. Why take on the risk and expense of developing a cure for a disease such as neuroblastoma in children, with fewer than 100 UK patients diagnosed each year, or a medication that only requires a single short course of treatment? It is far better, from a commercial point of view, to develop drugs for common chronic illness, with millions of patients being regularly dependent on their daily use.

Conspiracy theories also exist as to why companies are failing to come up with one-off cures for chronic disease. Is it possible that they would prefer to maintain patients on their drugs for many years? This would seem illogical, as the commercial value of a one-off treatment for diseases such as Alzheimer’s or Parkinson’s would be eye watering.

Information is power but the ability to use this wealth of knowledge to produce new treatments, while observing commercial sensitivities, is rapidly becoming a search for a needle in the haystack. Scientists have realised that it is far easier to collect data in the name of translational research than it is to act on it and produce the new cures needed by so many.