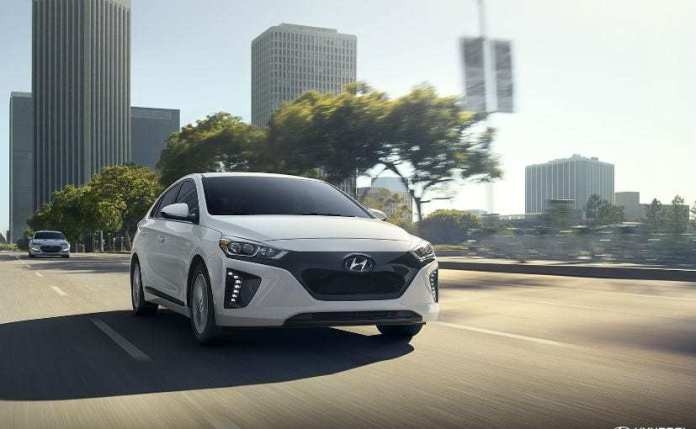 The Ioniq is a compact hatchback that would be elevated to a brand.

South Korean automaker Hyundai Motor Co.'s stock jumped as much as 10.2 percent after announcing plans to capture 10 percent of global electric vehicles (EVs) sales by 2025 through its new Ioniq brand.

The stock price was its highest since May 2018,

By capturing 10 percent of EV sales, Hyundai foresees itself as becoming the world's third-largest seller of these vehicles.

California-based Tesla Inc aims to retain its current position as the world's EV leader, with CEO Elon Musk expecting to sell millions of vehicles in 2025.

Hyundai could expect stiff competition from Volkswagen AG and General Motors Co for the second to third spots, with each planning to build and sell a million or more EVs a year by 2025.

In support of its goal, Hyundai would elevate the Ioniq, an individual vehicle nameplate, to a brand.

Those models will remain in production while introducing three all-electric models under the Ioniq brand beginning in 2021.

The upcoming members of the lineup consist of the midsize crossover Ioniq 5 to be released in 2021, the Hyundai Prophecy-based Ioniq 6 sedan in 2022, and the large crossover Ioniq 7 in early 2024.

All three new Ioniq models will be built on a dedicated EV platform known internally as E-GMP, for Electric Global Modular Platform, which enables fast charging and extensive driving range.