Huawei: fears in the West are misplaced and could backfire in the long run 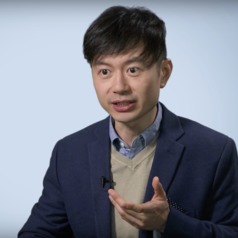 Western fears of Chinese telcoms giant Huawei infiltrating their technological infrastructure are rooted in fears of China’s rise. Three of the “Five Eyes Network” of English-speaking states that share intelligence – the US, Australia and New Zealand – have blocked their local firms from using Huawei tech in building their 5G networks. The UK and Canada are under pressure to follow suit.

But a lot of these fears are misplaced and cutting Huawei out of the picture could backfire in the long run. Not only would it limit Western access to new, state-of-the-art technology, it could create a world split along technological lines.

Depending on who you talk to, you’ll get vastly differing portrayals of Huawei. Many of the concerns are based on the idea that the company is in bed with the Chinese government and point to founder, Ren Zhengfei’s background as a People’s Liberation Army engineer. Yet Ren only owns about 1.4% of the company’s stock – the rest is owned by more than 80,000 of Huawei’s employees and it is a private company, not a state-owned enterprise.

Some say Huawei has committed systematic intellectual theft. Yet its rivals Nokia and Ericsson have been slow to release telecoms equipment as advanced as Huawei’s and British telecom network BT says it is “the only one true 5G supplier”.

Another story you could focus on is how Huawei came to dominate the telecoms equipment market in Africa. Economic miracles on this continent over the last decade have been generated by mobile phone services. Sticking it out in a number of adverse conditions, Huawei has been the key provider of this infrastructure.

But Huawei is not currently being scrutinised for its business conduct in Africa. The focus is on how Huawei has filed the most patents in Europe, spent more money on research than its rivals Cisco, Nokia or Ericsson, earned half of its income from outside of China, and boasts a revenue twice as much as that of Cisco and significantly more than that of IBM. This is the Huawei that Western governments and a lot of the media are becoming the most vocal against.

When officials in Washington talk about the importance of banning Huawei from the US or forbidding US companies like Qualcomm and Intel from selling products to Huawei, they are talking about something that is harder to advocate, at least publicly. And that is to disengage from China – because disengaging is not possible in the world’s globalised economy. Just about everybody, including Cisco, Ericsson and Nokia, makes their telecoms equipment in China.

What’s truly at risk by disengaging from Huawei in the West is to lose the ability to scrutinise the entity they fear most. In the telecoms sector, when service providers like BT, Verizon, and AT&T buy equipment from Huawei it’s not as simple as buying a book on Amazon. To become a supplier for BT, for instance, you need to pass a number of tests.

To test Huawei’s qualifications, BT brought out a big team to Huawei’s headquarters in Shenzhen to carry out rounds of tests, without giving prior notice. BT then picked a number of names out of Huawei’s roster and conducted independent interviews using their own interpreters. So demanding were BT’s criteria that the chairwoman of Huawei had to set up an independent BT support department to directly report to her, and then hired Mercer, a US consultancy firm, to develop a new governance structure.

When I visited Shenzhen in China last year, local managers explained to me that much of the city’s infrastructure will be digitised, and that Huawei will saturate it with a 5G network. This will reduce speed issues and latency problems for computers using that network.

It also means new technology like driverless cars will need far less computer power to work. The necessary computing power can simply be off-loaded onto the city’s infrastructure. This is a radical vision. And it is radically different to that of Intel, which hopes to dominate the new transport market. As autonomous driving takes off, vehicles will become computers on wheels. More powerful microchips will be needed, which is where Intel comes in.

Huawei has a different idea for connected cars, which uses its own technology and bypasses the need for chips built by third-party providers. This will directly undermine Intel’s strategy, in China and beyond.

And herein lies the biggest risk of shutting out Huawei: that it will accelerate a vastly different technological agenda not only in China but also in Southeast Asia, the Middle East and Africa. The logic is simple. If you’re a poor country that lacks the capacity to build your own data network or is distrustful of Western intervention, you’re going to feel loyal to whoever helps lay the pipes at a low cost.

Shutting out Huawei therefore won’t slow China from dominating both 5G and AI, a nightmare scenario for US security hawks. Shutting out Huawei simply reduces your ability to monitor, let alone influence, the growth of an emerging techno-authoritarian bloc. If the Cold War taught us anything, it’s that maintaining a degree of openness with your adversary is always the best defence against a catastrophic outcome.