How poor management of Nigerian forests led to exploitation by criminals 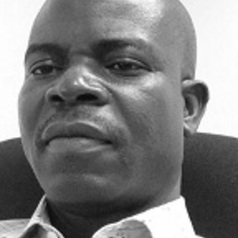 Nigeria’s forests cover about 96,043 square km– that’s about 10% of the country’s landmass. But the presence of authorities in these sanctuaries is either non-existent or, at best, sporadic. This has led to forest areas being poorly managed, which in turn has led to them being exploited by criminals and posing a security threat.

Using the theory of ungoverned spaces as a foundation, I conducted a study to understand the major reasons for the invasion and use of forested landscape for criminal activities in Nigeria.

I found that the forests are used by terrorists, kidnappers, cannabis cultivators, cattle rustlers and robbers. This is because they offer shelter and have resources that can support militants – like food or illegal logging to finance their activities.

The phenomenon isn’t new. Across the world forests have been exploited as a source of cover from which to launch attacks and use in defence. At least half the violent conflicts of the 20th Century took place in forested areas, including Ethiopia, Colombia, the Democratic Republic of Congo, India and Mexico. In Ethiopia’s battle of Adwa for example, Ethiopian forces used the forests’ thick foliage and mists to hide them against the bombing campaigns of the Italians.

What makes the Nigerian situation problematic is that criminals have been able to exploit forests because of poor management. By law, forests fall under the government’s mandate, but the Nigerian government hasn’t been able to secure them because of their huge size, lack of personnel and poor surveillance technology.

In addition to an extensive literature review, I conducted interviews with security operatives – including military personnel, police officers and operatives of national drug law enforcement agency – and with 10 communities who lived by some of the forests.

My research uncovered a range of illegal activities.

Terrorism: The violent activities of Boko Haram insurgents in northern Nigeria have led to the death of thousands of people, the displacement of millions and the massive destruction of infrastructure.

Through interviews I conducted security operatives and some victims of the insurgency, I found that the militant organisation operated from a number of forests in north-eastern Nigeria, including the Sambisa, Kala Balje, Balmo and Kagoro forests.

Sambisa Forest, for example, is meant to be a government protected area, and is rich in wildlife, but it’s overrun by militants. Boko Haram invaded the forest in 2013 and made it into one centre of their operations. It sprawls across across four states and extends into neighbouring Cameroon, Niger and Chad – an area the size of Belgium. Its vastness, rugged terrain, sparse population and dense tree cover make it an ideal hiding place.

Kidnapping: Kidnapping has become a major crime in Nigeria. It’s a national problem. In 2017, the three countries with the highest number of reported kidnappings were India, Nigeria and Pakistan.

Boko Haram’s kidnappings of schoolgirls, for example, is well-known. Forests are a useful hiding place for the group, particularly when the number of victims run into the hundreds.

Crime syndicates also use thick forestland between Abuja and Kaduna for their kidnapping activities. They abduct victims for ransom on highways and then hide them in forests. In some places the evidence of kidnappings is only revealed by mass graves that are discovered in the forests.

Ritual killings: For a long time, forest cover has also been used by members of cults to carry out murders. For instance, people are killed and their body parts are used as charms in the belief that they will bring wealth.

In a police raid on the Ogwugwu shrine, in Okija Forest, 50 decomposing bodies and 20 skulls were discovered.

Armed robbery: Armed robbery has been a major security challenge in Nigeria for a long time, and forests have played a role in its perpetuation.

The forest along the Benin City bypass has been dubbed an “evil forest” by locals as it’s a hideout for armed robbers who launch attacks on commercial busses using that road.

Idu and Gwagwa forests in Abuja and Kabakawa Forest in Kaduna have also been identified as notorious bases for criminals who regularly mount roadblocks to attack travellers and also rob people living in the areas that border the forests.

Rustling commonly happens with the help of forest cover. In north-western Nigeria, most of the recorded cases take place in the Kamuku and Kuyanbana forests. Criminals have made a permanent home in the two forests, from which they launch attacks.

Forests are dense, isolated and vast. This makes make them hard to control and creating government bases in them is a challenge. This explains why there isn’t a state presence in many of them.

There have been attempts to bring the high level of criminality under control. Recently, raids were carried out to apprehend criminals. But these measures are sporadic and don’t create a permanent solution.

Forest spaces must be properly governed. Special security forces, trained to work in this terrain, must be deployed. The government must also invest in technology – like CCTV surveillance systems – to monitor criminal activity. Taking these basic steps will act as a deterrent, and perhaps put a stop, to some of this activity.