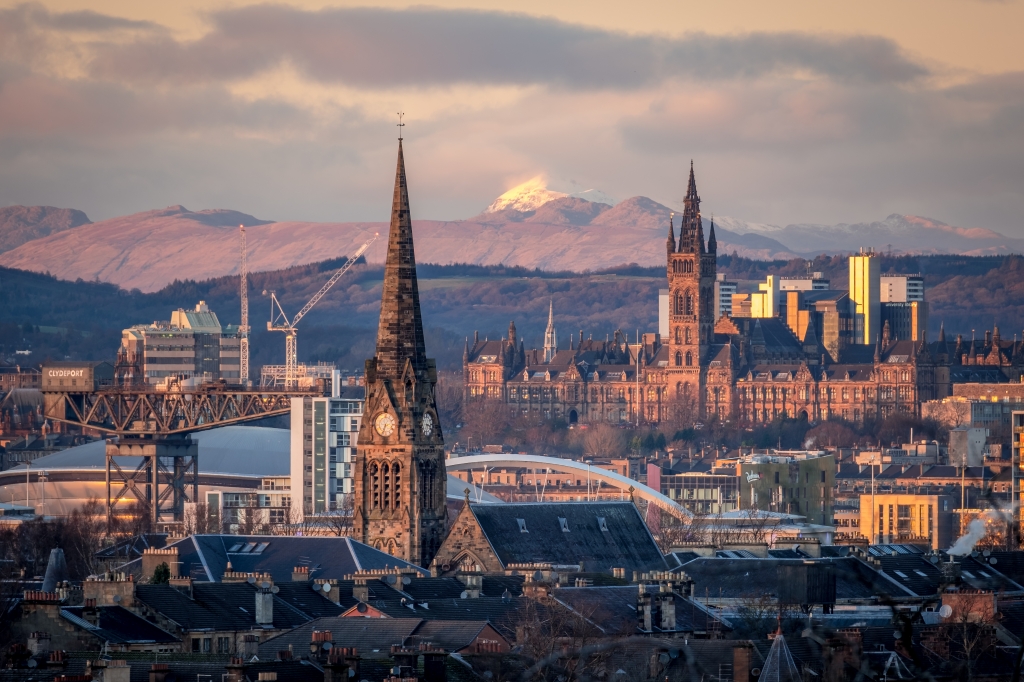 Like many cities across the world, Glasgow – host to the UN climate conference COP26 – has a target to achieve net zero greenhouse gas emissions by 2030. This is a massive undertaking for any city. It means emissions from homes, businesses, waste and transport have to be reduced or offset as much possible.

One of the biggest challenges for any city seeking to reach net zero is knowing exactly where its emissions are coming from. Carbon dioxide is the main type of emission contributing to global warming, and electricity generation and transport are the main sources of CO₂ in the UK.

But CO₂ is not routinely measured in real time by city authorities anywhere in the world. Carbon emissions are usually calculated using historic data on the amount of fossil fuels locally burnt for energy. In the UK, that data is only available two years after emissions have been released.

Our pilot project in Glasgow, however, is trying to demonstrate that real time monitoring of CO₂ and other gases is not only achievable but is something all cities should do. After all, globally, cities are responsible for more than 70% of CO₂ emissions, making them instrumental in the fight against climate change. 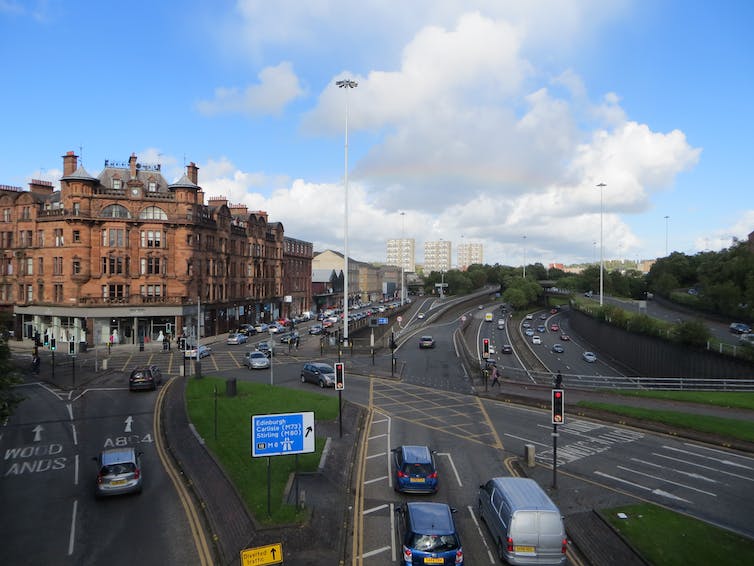 The Glasgow project hopes to shed light on where the city’s emissions are really coming from. Alex Liivet/Wikimedia

As part of this project, headed by the University of Strathclyde, we’re setting up a network of 25 sensors across the city to monitor CO₂, as well as other gases like carbon monoxide, nitrogen oxide, nitrogen dioxide and ozone that can be very hazardous to health.

By placing sensors in a relatively dense network, where they sit around one mile away from each other, our scientists can obtain a highly accurate picture of the levels of these pollutants across the city at any given moment. This information is then cross-checked with weather models to precisely track where gases move and collect.

For Glasgow’s citizens, this information is vital. It means that city leaders have a much clearer idea of what kind of actions can lead to a sustained reduction in emissions.

For example, the city introduced Scotland’s first low emission zone in 2018, which applies restrictions to different types of traffic moving through the streets. The sensor project will be able to monitor changes in nitrogen dioxide levels as a result of this policy, helping leaders to understand how effective it has been in reducing pollution.

And this information is equally useful from an air quality perspective too. Polluted air is an increasing concern for city dwellers, due to its health effects. Figures from Scotland show a 21% increase in childhood cancers due to air pollution between 2010 and 2020. And in 2020, an inquest into the death in London of nine-year-old Ella Adoo-Kissi-Debrah determined air pollution to be the cause, a first in UK law. 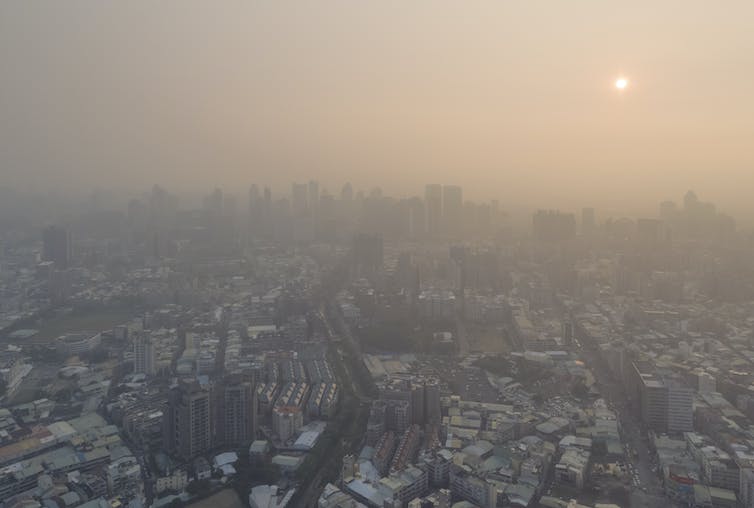 Air pollution is becoming a significant problem for cities across the world. CSLMedia888/Flickr, CC BY-NC-SA

Since data collected by the project’s sensors will be made open and accessible to everyone online, citizens will be able to monitor the quality of the air they breathe as well as to keep track of measures to reduce emissions – giving them an opportunity to hold their leaders to account.

The sensors for the Glasgow project are being supplied by a team at the University of California at Berkeley, which has been operating its own sensor network in the San Francisco Bay area for the last eight years. Costing around £6,000 each, the sensors are much cheaper than traditional air quality monitoring stations which can cost around £150,000. Instead, 25 sensors can be installed for the price of one station.

During pandemic lockdown orders in California in 2020, when citizens were asked to remain at home, the university’s sensor network recorded a 25% reduction in CO₂ in the Bay area. This was due almost entirely to a roughly 50% drop in road traffic.

Data like this puts into perspective the role that citizens’ transport choices play in shaping a city’s emissions and air quality. For those on the fence about their individual contribution to climate change and community health, this might help them finally take a step towards alternative means of travel. It can also put the spotlight on industrial and corporate sources of pollution that urgently need to be reduced.