How Killing Eve and James Bond spied on the past 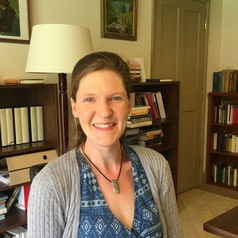 What does the classic spy look like? A posh, straight, white man? In other words: James Bond. But now Killing Eve’s Phoebe Waller-Bridge is on the scene, the landscape of spy fiction is changing. Killing Eve shook up the spy genre on television and now Waller-Bridge has been brought in to help write the next Bond film.

James Bond and Killing Eve, with all their snazzy gadgets and contemporary politics, may look wholly 21st century. But actually both borrow from and build on much older tropes in spy fiction. What these are and how they have changed tells us a lot about Western society over the last century and what kind of viewers and readers we are individually.

The Riddle of the Sands (1903) by Erskine Childers and John Buchan’s The 39 Steps (1915) are early exemplars of the spy genre, written as national tensions were heating up and then boiling over around the first world war. They show wealthy, well-educated young men, bored of everyday life, who then embark on thrilling adventures ending in world-saving bravery. Sound familiar? Childers, Buchan and Bond author Ian Fleming basically tell one straightforward story: superhuman hero has adventures and saves Britain. The end. This is the “male-action” spy story, morally uncomplicated and fast-paced in plot.

An old tale in new clothes

The Killing Eve “formula” isn’t that new either. Yes, it depicts refreshingly powerful and intelligent women, women not embarrassed to enjoy eating or to wear comfy jumpers or to be too tired for sex. But otherwise this is an old tale. Joseph Conrad’s The Secret Agent (1907) is a classic of the genre. Its depiction of terrorism, bombings and national intrigue (inspired by the attempted explosion of the Greenwich Observatory in 1894) made it one of the most cited works of fiction in the media, post-9/11.

John le Carré’s The Spy Who Came in From the Cold (1963) goes on a similar journey to Conrad’s novel. Both combine tales of espionage with quieter stories about personal relationships and individual drives of love, hate, betrayal and revenge. This is where Killing Eve comes in. These works don’t have just one narrative drive, but two – the intertwined stories of espionage and personal relationships.

These are what I term “seesaw stories” because they move intricately backwards and forwards between the national and the personal threads. The personal side of things eventually takes over and eclipses the spy story. The banal questions (Who loves whom? Who knows what? Will the lovers get together?) become central to our sense of narrative drive. They offer moral complexity, not just cardboard notions of good and evil.

Heroes and their gadgets

And like the gods of antiquity (Poseidon and his trident, Hermes and his winged sandals, Zeus and his thunderbolt) these spy heroes are typically equipped with all manner of gadgets and vehicles that offer an almost sensuous pleasure. Think of Bond’s enjoyment of his cars, while Childers’ protagonists have a positively amorous relationship with their boat, the “Dulcibella” or “sweet beauty”. They all find it much easier to form relationships with their gadgets and vehicles than with real human women. This isn’t a trait unique to Bond but was set up by Childers and Buchan.

The “seesaw stories” have charm in the simplicity of their characterisation. They offer characters that readers and viewers can relate to. Much like Winnie the Pooh or Woody from Toy Story (and other loveable heroes of children’s fiction), The Secret Agent, The Spy Who Came in From the Cold and Killing Eve involve people who are appealing precisely because of their humanity – likeable, yes, but also flawed and vulnerable. We see ourselves in them.

For all the significant similarities across these two models in terms of plot and character, there are notable differences between the works too. Of the seesaw stories, The Secret Agent is laborious in detail, symbolically loaded, full of lingering descriptions of space and setting.

The Spy Who Came in From the Cold barely stops to describe setting but links everything to character, action and dialogue, making it fast-paced and atmospheric. Killing Eve uses its striking costumes, sound and scenery to paint Eve and Villanelle’s characters as complementary but also contrasting. The particular modes of storytelling create diverging audience experiences, despite their similar plots.

So, as is fitting in the world of espionage, all is not as it first appears. The excitement and novelty of Killing Eve and James Bond is an old agent carefully disguised and playing a convincing part on the contemporary cultural stage.

The question is: do we prefer the fantasy of mythological heroes and unlikely feats of strength and bravery or the subtler social mirror showing us versions of our flawed but likeable selves? Human figures embroiled as much in their own messy lives as in plots of international espionage. And what will happen as the more emotionally complex world of Waller-Bridge unites with the superhuman world of Bond? Will the action-packed agent of fantasy finally become more human?