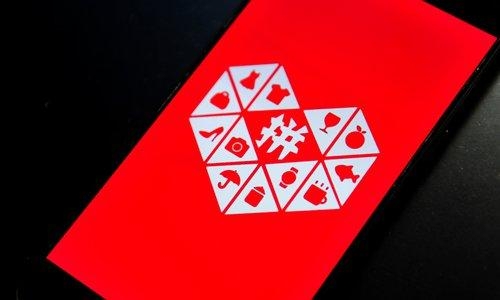 E-commerce in China has driven innovative approaches not yet seen in the West. 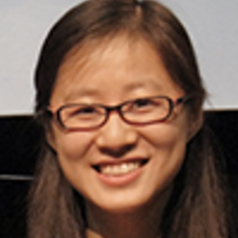 While some sectors of the economy struggle for survival in a sudden, new, harsh reality, e-commerce is again faced with massive demand. With many of us confined to our homes, we have become reliant on online shopping. And while your weekly grocery shop or a book order might seem to have changed little in recent years, there is great innovation in e-commerce.

To find it though, look to China. Even before people were forced to spend more time at home, there were two key trends in China radically changing e-commerce: social buying and live commerce.

Alibaba is China’s largest ecommerce company by far. Number two is a company called PinDuoDuo (PDD). PDD was only founded in 2015, yet today its valuation of just under US$40 billion makes it worth more than eBay or Twitter.

PDD’s meteoric rise has taken many by surprise. By 2017 it had attracted 200 million active users, in mid-2018 it floated on the Nasdaq at a valuation of US$23.8 billion.

Through PDD, consumers can buy a product immediately at a market price, or they can enjoy lower prices by inviting their contacts through social networks to form a joint purchasing team. The more people sign up, the larger the discount – sometimes as high as 90%.

PinDuoDuo’s business model is similar to US-based Groupon. But Groupon has fallen on hard times as it struggled to convince people to register and download its app. PDD, by contrast, piggybacked on the almost one billion people already using the WeChat messaging app. Its owner Tencent is PDD’s principal shareholder.

Founder Colin Huang Zheng, a former Google engineer, has described PDD’s business model as “a combination of Costco and Disneyland”. PDD’s tag line is “Together, more savings, more fun”. The Chinese word pīn means to group together, a reference to the company’s aim to provide a more social shopping experience. It regularly offers time-limited deals (often under two hours) and competitions.

Manufacturers and factories are also seeing benefits. So-called “Pin factories” have popped up to produce huge quantities of single products for sale on PDD. Due to the scale of their operations, they can afford to offer bulk discounts.

Infomercials are a long way from their heyday in the 1970s. Today, they only exist on fringe cable channels, trying to sell items few people need, typically fronted by D-list celebrities. The format is in desperate need of a makeover – and once again, China has offered it.

Live commerce is the convergence of live steaming and e-commerce, and it has become very popular with Chinese consumers. During China’s Singles’ Day festival last year, Alibaba’s Taobao Live contributed around 20 billion Yuan (US$2.86 billion) gross merchandise volume, or about 7.5% of the company’s total sales. According to Chinese financial services firm Everbright Securities, the live commerce market was worth 440 billion Yuan (US$63 billion) in 2019, a 220% increase on 2018. Around 25% of consumers are daily users, while 71% watch a live commerce event at least once a week, according to research from iiMedia. Interestingly, the live commerce sales conversion rate is much higher than traditional content-driven platforms. Recent evidence suggests that the popularity of live commerce in China has increased during the COVID-19 crisis as people stay away from shops and showrooms.

Live commerce in China is celebrity driven, not by traditional stars of film or television but by online celebrities. These include Austin Li “the lipstick king” (22.1 million followers), and Viya (18.1 million followers). While boasting their own fanbases, from time to time they invite celebrities to join them: in November 2019, Viya welcomed Kim Kardashian-West, who took only a few minutes to sell 15,000 bottles of her KKW-branded perfume.

This approach can also sell high-value items like cars. In one live event featuring Geng Shuai, a kitsch creator dubbed “China’s useless Edison”, the hosts engaged with 4.5 million viewers and sold 1,623 cars in two and a half hours.

Live commerce hosts use limited-time discounts to encourage quick orders, often with a limited number of products available to increase the sense of urgency for shoppers. Prize draws are also a popular way for hosts to engage with viewers, with some giving away high-value goods to the tune of tens of thousands of dollars.

But despite the boom in Asia, live commerce has got nowhere in the West, where livestreaming focuses on gaming via platforms such as Facebook or Twitch. Amazon launched its Amazon Live, but it lacks many interactive features and has so far failed to connect with consumers.

So behind China’s booming e-commerce sector are evolving tools and services that radically changing online shopping. Perhaps there is an opportunity now for Western companies to refresh their approach to online shopping.