Hong Kong: when the citizen-birds rebel 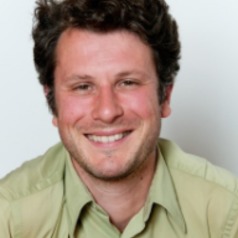 Over the past year, a number of nations around the world have been the scene of tumultuous popular protests, including Lebanon, Algeria, Bolivia, Chile and even France. While the protests in Hong Kong bear some similarities with others – activists with broad popular support fighting for political rights against an entrenched elite, a seemingly leaderless structure, the role of social media – a number of characteristics make them distinct.

First among them is the People’s Republic of China, Hong Kong’s immense and omnipresent neighbour. The protests began in February 2019 when the city’s leader, Carrie Lam, introduced a bill that would allow citizens to be extradited to the mainland. After months of growing resistance, the bill was formally withdrawn in September, but the protests have continued to swell. One of the central demands is the right for Hong Kong citizens to directly elect their government – it was promised by the United Kingdom after the 1997 handover of its formal colony but since indefinitely delayed by China.

A fluid conception of collective action

Another aspect of the movement that has been less noticed are the references to nature in its two major mottoes: “Be water” and “Blossom everywhere”. These inscribe the Hong Kong protests into a specifically Chinese cultural space.

A number of media have highlighted the connection between the motto “Be water” and Bruce Lee, the hero of the Hong Kong movie industry who made kung-fu globally famous. In the 2000 documentary A Warrior’s Journey, Lee quotes a line he wrote for the 1970s TV film Longstreet: “Be formless, shapeless, like water”. This motto is inspired by an ancient principle of tai chi chuan: to control one’s inner energy, it must be perceived as water circulating throughout the body.

By encouraging protesters to spread rapidly when police arrive, the Hong Kong movement has adopted a fluid conception of collective action that is deeply inscribed in the Chinese tradition.

The second motto, “Blossom everywhere”, is an unexpected echo of one of the slogans of the early Maoist period. In 1956 Mao Zedong launched the “Hundred Flowers Campaign”, which encouraged Chinese citizens to openly express their opinions about the new communist regime: “Let hundred flowers blossom! Let hundred schools dispute!” (Bǎihuā qífàng, bǎijiā zhēngmíng). The campaign was an unexpected success – so much so that it was severely repressed the following year by Mao himself.

When the Hong Kong protesters subvert a Maoist slogan to protest against a regime that claims to be fulfilling Mao’s dream of a unified and developed China, they are borrowing from a tradition that belongs to the long history of China.

Nature as a source for criticism

At first glance, the two mottoes may seem contradictory: “Be water” refers to an element that is invisible and yet permanent, evoking the durability of the movement. “Blossom everywhere” meanwhile refers to something that is highly visible yet ephemeral, conveying the vulnerability of the protests. Rather than contradictory statements mixing the orders of nature and culture, these mottoes are performative statements through which Hong Kong citizens learn to perceive their collective environment in new ways.

The explicit reference to nature by protesters, who are highly aware of the current environmental crisis, bears an analogy with the thinking of alternative movements in France who advise members to “think like a jaguar” or a forest. But instead of borrowing animist concepts from Amazonia, Hong Kong protesters follow their own Chinese traditions.

In an upcoming book presenting ethnographic research conducted in southern China in the last 12 years, I show that Hong Kong citizens have identified themselves with birds since 1997, the year when the former British colony returned to Chinese sovereignty and when the first cases of the influenza virus H5N1 emerged among humans and birds. 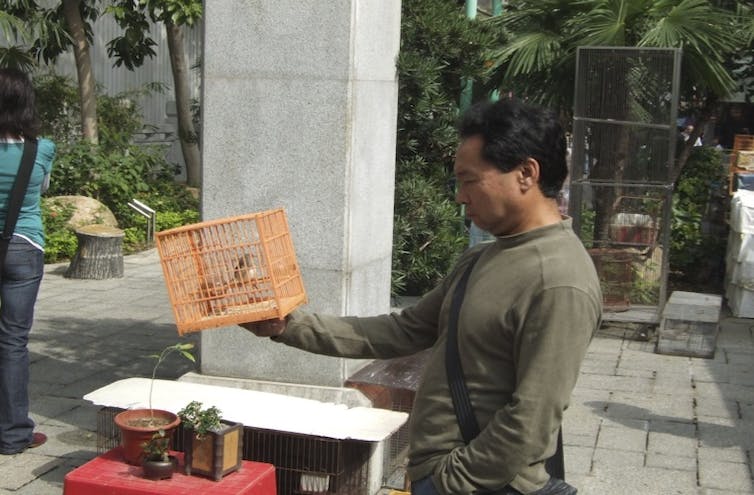 Such an identification was highly ambivalent, since it could focus either on domestic chickens, which were slaughtered by the millions in an attempt to blunt the spread of the disease, or on wild birds, suspected to carry viruses, although they were rarely infected.

The Hong Kong citizens I met during my research often compared themselves to birds to convey their contradictory feelings of living in tiny apartments like chickens trapped in the cages, and yet being able to escape like migratory birds by flying with planes all over the world. Such an ambivalent identification is clearly visible in the 2008 Johnnie To film, Sparrow.

Trailer from the movie Sparrow, 2008.

In 1997 the Hong Kong government ordered the slaughter of all poultry living on its territory – 1.5 million chickens, roosters, ducks, geese and quails – and citizens perceived the order as a violent demonstration of China’s new sovereignty over the city.

A traditional Chinese saying is “Kill the rooster to scare the monkey” (shā jī xià hóu). Hong Kong citizens considered that chickens and other birds were the sacrificial victims of a political spectacle offered by the Chinese sovereign to its new subjects, warning them that they could be next on the list.

Such a sacrificial interpretation of what seems like a drastic yet understandable public-health measure resonates with the current motivations of the most radical Hong Kong demonstrators, who say that they are ready to die to denounce China’s power, as a previous generation of students did in Beijing in 1989.

The 1989 repression at the Tiananmen Square (INA).

This is where the symbols used by the protest movement in Hong Kong distinguish it from others around the world. In 1989 the students in Beijing built their “Goddess of Democracy” (zìyóu nǚshén), based on the US Statue of Liberty. They placed it in front of the People’s Assembly and the Forbidden City. Such gesture implied an opposition of Chinese and Western world. The act prompted the Chinese government, led by Deng Xiaoping and Li Peng, to justify the repression of the protest movement and to erase it from the memories of the Chinese population.

But the Hong Kong citizens mobilise active images rather than cultural symbols – that is, images through which they act like natural elements to divert the forces of the police. In the same way, when they wanted to criticise the precautionary measures taken by the Hong Kong government against bird flu, they identified not with the chickens that were slaughtered en masse but to migratory birds that fly across borders. Rather than becoming sacrificial victims of the Chinese government, they see themselves as sentinels of the global environmental crisis.

Analogical thinking has dominated the Chinese tradition. It was centred around the sacrificial operation through which the “ten thousand beings” composing the world are made to hold together. Yet as anthropologist Philippe Descola has shown, it is also compatible with some forms of animism, which contest and subvert the polarities of analogism.

When they identify with water, flowers or birds, Hong Kong citizens contest from within the sacrificial power of Chinese sovereignty. While anthropology is neither a predictive science nor a universalist model, we can bet that their movement has a future, and that it concerns every human being.