High fat and sugar diets stop us from feeling full 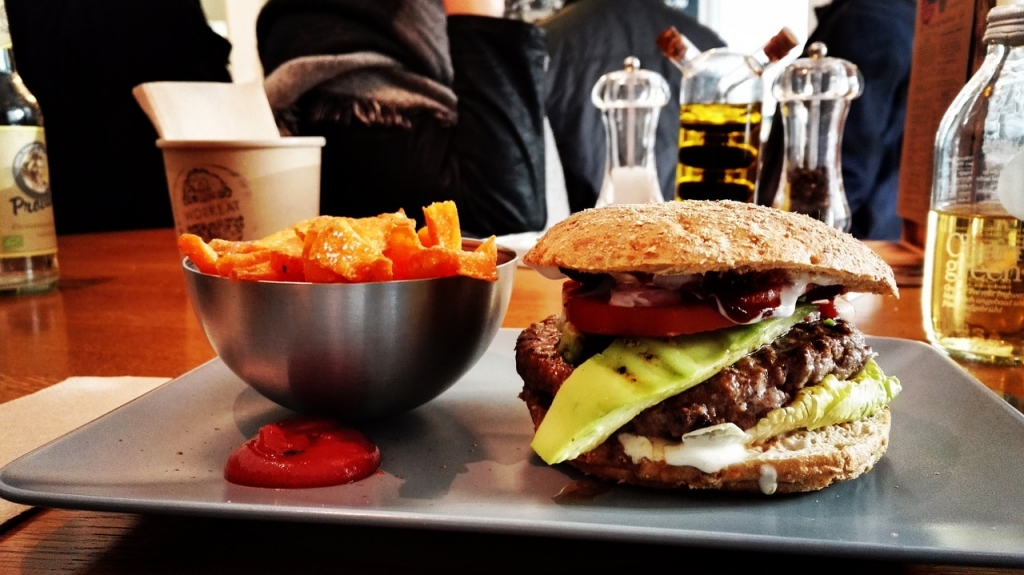 Eating a typical Western diet high in fat and sugar is bad for our memory, including remembering whether or not we’re full.

When we eat a meal, we take for granted that we should feel full afterwards. But eating a diet high in sugar and fat makes it harder for our body to tell if we are full or not.

These foods are so commonly consumed in developed nations it has become known as the “Western diet”. We know this sort of diet is high calories and therefore tends to make us gain weight. But new research suggests this diet might also impair our ability to stop eating when we’re full, which would be another reason it would make us put on weight.

When you eat a meal, the body releases hormones to tell your brain you are full. These hormones send messages to specific areas of the brain, which are involved in the decision to either stop eating or continue eating. One important area of the brain that receives these messages is the hippocampus.

The hippocampus is involved in memory. People whose hippocampus has been removed are densely amnesic – they are unable to form new memories. But our research suggests another important function of the hippocampus is receiving messages from the gut about internal states such as hunger.

Humans with severe damage to their hippocampus will always say they are hungry, regardless of whether they have just eaten or not. They will eat a full meal, and then only a few minutes later eat an entire second meal. So the hippocampus is very important in telling the body we’re full and don’t need to eat any more.

Our first study compared two groups of people: those who eat a Western diet, and those with a diet low in saturated fat and refined sugar - a healthy diet. Both groups were matched for age, sex and body mass index.

Both groups were given a range of snacks, followed by some tests of memory ability and then they ate lunch. They were asked to rate how hungry they were before and after the meals, and asked to recall how much they ate during the snack and lunch meals.

Compared to the healthy diet group, the Western diet group had poorer scores on memory tasks, had poorer memory for what they had eaten during the snack period, showed reduced feelings of fullness for the same amount of food eaten, and ate more during the lunch period.

This is the first evidence in otherwise healthy, normal-weight humans that eating a Western diet could be damaging the hippocampus and causing poorer memory ability and reduced sensitivity to feelings of fullness after eating. Because they couldn’t accurately remember what they ate during the snack period, and because they had less sensitivity to feelings of fullness, it is not surprising they ate more during the lunch period.

In a second study, we showed the same effect seems to happen with thirst. When participants were made thirsty by feeding them salty chips, the Western diet group didn’t feel as thirsty, but needed to drink more water to quench their thirst. This suggests the Western diet was impairing their brain’s ability to receive messages from the gut.

What this means for you

It’s not just the calories in a Western diet making us overweight. The diet itself makes us less sensitive to feelings of fullness, causing us to eat more.

But there is some good news. Individuals in the healthy diet group were more sensitive to their internal signals of fullness and thirst. This provides hope that, after taking the initial first step of eating a healthy diet, it might become easier to eat according to your body’s hunger signals and to continue making better dietary choices.

Importantly, these findings were in healthy young adults. This means even if you’re young and of a healthy body weight, you should consider the impact of the food you’re eating on your brain. This information could be a great motivating force to get people to eat a healthy diet and perhaps reduce rates of obesity.

What can we do about it?

Various nutrients have been shown to improve hippocampal dependent memory, and protect against the effects of ageing on the brain.

These are often referred to as a “good fat”. Omega 3 fatty acids include acids critical for brain function. They’re found in fish, avocado and flaxseed.

When cells produce energy, they produce reactive oxygen species which cause damage to the cell. The body can counteract these harmful effects through antioxidants. Various micronutrients have antioxidant properties:

These micronutrients are found in fruits and vegetables (especially dark berries), as well as coffee, tea, red wine, chocolate and soy. Polyphenols have an antioxidant effect and can also reduce inflammation in the brain. Improved brain function after consuming cocoa has been shown in both young and old adults.

This is a component of turmeric, the spice that gives the yellow colour to a lot of curries. It has been shown to promote brain health through its antioxidant and anti-inflammatory properties. It is speculated the high intake of curcumin in India might explain why there is such a low incidence of Alzheimer’s disease in that country.

Vitamin E has antioxidant properties and has been shown to improve neurological function with age. It is found in nuts, green leafy vegetables, wheatgerm and vegetable oils such as sunflower and grapeseed.

Also known as folic acid, folate is found in spinach, oranges and yeast. It is required for optimal brain function, and supplementation with folate has been shown to reduce the risk of cognitive decline with age.

Heather Francis does not work for, consult, own shares in or receive funding from any company or organization that would benefit from this article, and has disclosed no relevant affiliations beyond the academic appointment above.